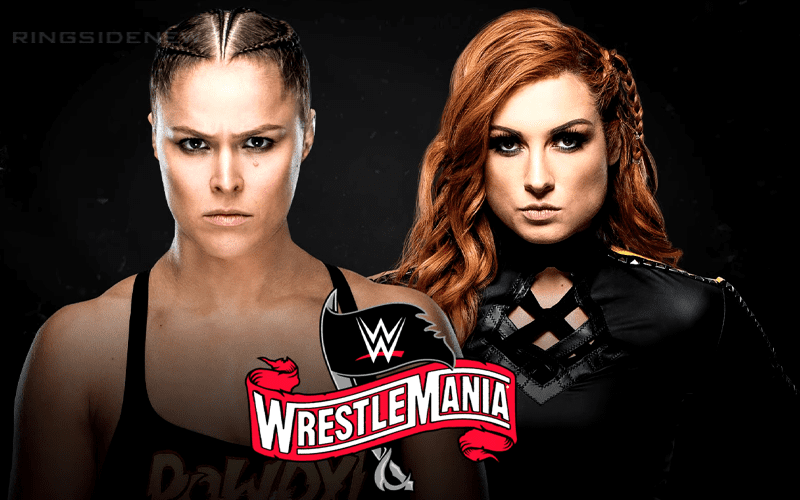 Ronda Rousey dominated WWE’s women’s division for practically the entire year she was a part of it. She carried the RAW Women’s Title to WrestleMania 35 when she lost it and hasn’t been seen since. Now the company is putting out a pretty compelling argument for her return to the ring.

In an attempt to drum up conversation, WWE released a Head To Head video where they discussed the pros and cons of Ronda Rousey coming back to WWE. While her absence has given others a chance for the spotlight, it is undeniable that Rousey’s name brings attention and headlines. Rousey’s name is one that people even outside of WWE would know and with WWE’s impending jump to Fox they could certainly use that star power to help boost ratings.

Rousey is currently on an impregnation vacation, but she recently dropped a video hinting that she misses the ring. At the end of that very video Travis Browne told Ronda that she can go back to WWE whenever she wants.

We will have to wait and see what happens, but WWE putting out this video to keep attention on Ronda Rousey’s possible return gives a lot of credibility to the reports that she is on her way back and it’s only a matter of time.

The RAW Reunion coming up could also be a great opportunity for her to stop by and possibly stake her claim on Becky Lynch’s title to give us that one on one match we never got before between The Man and The Baddest Woman On The Planet.