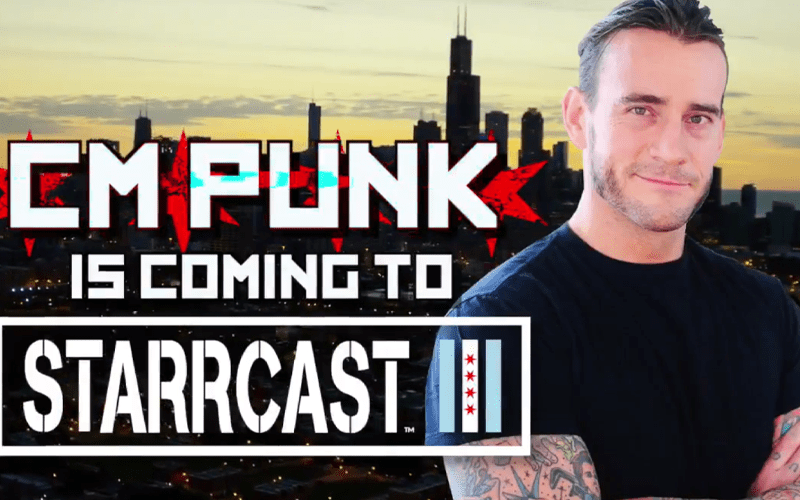 Starrcast has nothing to do with AEW. It is an event run by Conrad Thompson that just so happens to travel with big AEW shows. The fact that the events provide a great backdrop and opportunities for fan interaction with their favorite AEW stars (except Chris Jericho) is beside the point.

It was announced today that CM Punk will be appearing at Starrcast III. Now we also know that GTS actually means “Get To Starrcast.”

He hasn’t agreed to any AEW activity, but it is still a big deal that CM Punk will be at Starrcast. Because not only will it give fans a rare chance to meet The Second City Savior, but they can also maybe get in his ear about coming to AEW.

At this point if CM Punk shows up in AEW, it might be a huge pop with a lot of people wishing he wouldn’t have teased it so much. It would be nice to have CM Punk in AEW because his name could provide a lot of attention toward the show on TNT. However, as Chris Jericho recently said AEW doesn’t need CM Punk in order to survive. Because they have an entire roster of talent that needs a focus as well while they continue to grow the company.