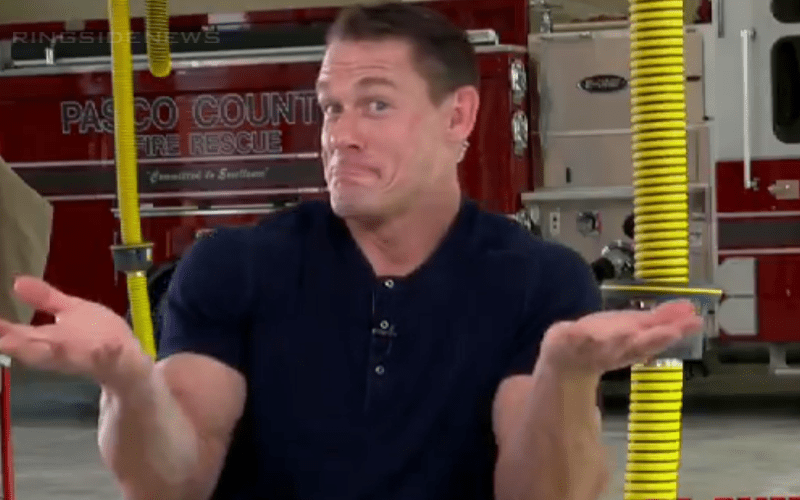 RAW Reunion is going to be the biggest reunion in WWE history. Hopefully, they can not only pop a good rating, but they will also get people interested in an actual current storyline as well.

John Cena was doing some interviews for his upcoming movie Playing With Fire. This was the film he was doing around WrestleMania that wrapped just days before he returned for a segment as the Dr. Of Thuganomics.

Deco Drive asked him about a possible upcoming appearance at the RAW Reunion special this Monday in Tampa. He didn’t have much of an answer, but we’ll have to see if he can make it work with his current film.

“They say that it’s going to be one of the biggest RAWs of all time and certainly memorable. We will see.”

While Cena was saying “we will see,” he was doing the “you can’t see me” gesture. So maybe that was a nice play on words that we won’t be seeing him. After all, he’s quite busy filming Fast & The Furious 9 right now. Then again, WWE has used their private jet for worse reasons in the past. So they might be able to convince Cena to make it happen.