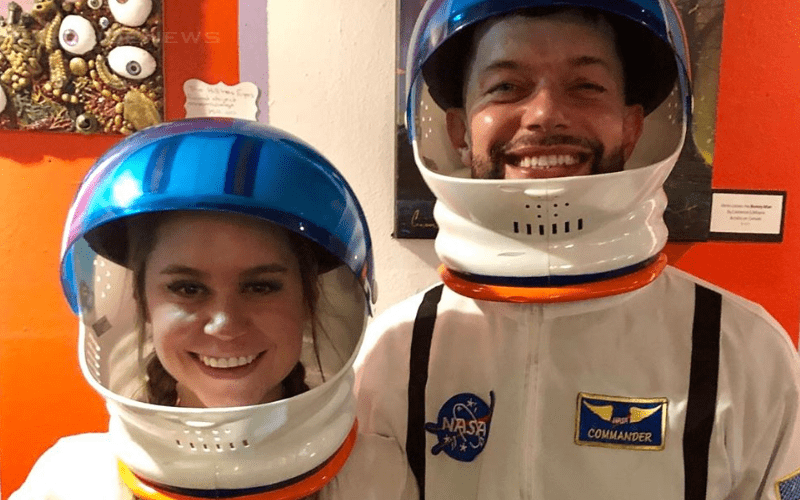 Finn Balor’s relationship with Fox Sports Mexico’s Vero Rodriguez has been covered many times here at Ringside News. Now they are officially taking it to the next level.

We actually reported a few weeks ago that the couple appeared to be engaged. After all, Rodriguez was sporting a ring on her engagement finger. This came weeks after Balor drunkenly admitted to being the luckiest guy in the world while live on camera as his now fiance tried to interview him.

Now that report of their engagement has been confirmed, but we didn’t need much confirmation. It’s just always good to hear when you were right about something.

The Wrestling Observer Newsletter confirmed that Balor and Veronica Rodriguez are engaged. Vero is a big WWE fan and now she has a bigger reason to stay up to date on the product as well. She also hosts a WWE Saturday night show on Fox Sports Mexico so it’s part of her job.

Congratulations to the happy couple. Hopefully, this is the start of a very long marriage that they will consummate unlike Drake Maverick and Renee Michelle.