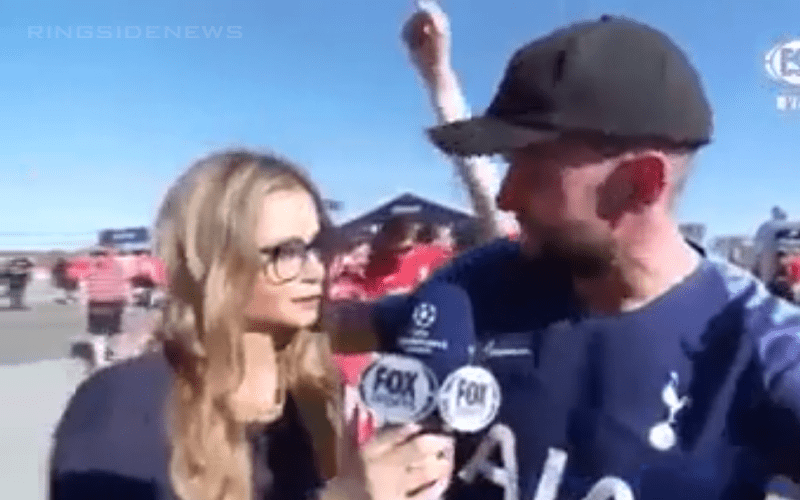 Finn Balor tried to keep his personal life a secret, but this didn’t turn out too well when he was a little bit tipsy at the soccer game.

We previously reported that some fans were calling Balor out for dating Fox Sports Mexico’s Veronica “Vero” Rodriguez. As it turns out this is very true.

Balor was feeling very good at the UEFA Finals when Vero interviewed him. What she didn’t expect at all was for Balor to ask her a question about dating him instead.

This came out of left field, but she admitted to it and was able to maintain some level of professionalism as her drunken WWE Superstar boyfriend carried on. It was a pretty wild scene in general.

Congratulations to the happy couple.