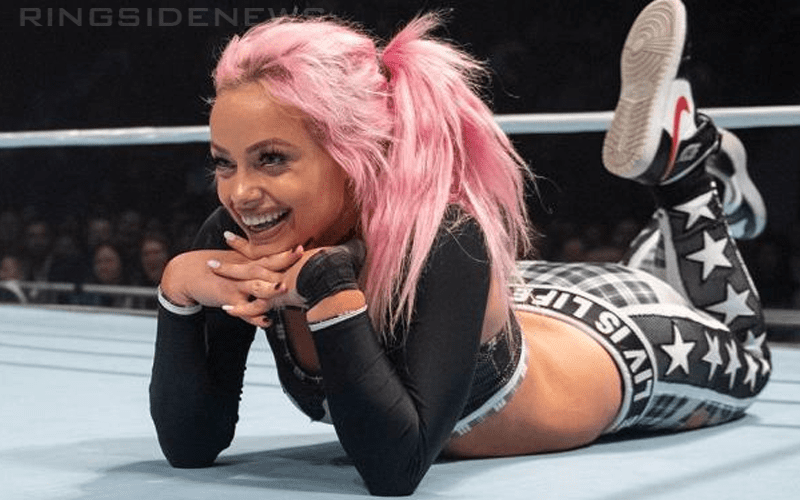 Liv Morgan made a declaration on SmackDown Live this week. She said that Charlotte Flair was right about her and the next time we see her she’s going to be real. Then she threw down Corey Graves’ headset and marched away while crying tears of frustration.

During Wrestling Observer Radio, Dave Meltzer discussed WWE’s new direction for Liv Morgan. Although the exact idea isn’t known yet, she will be presenting a new image. Therefore, that might mean some of the more treasured aspects of Liv Morgan’s character might be falling to the wayside.

Liv Morgan is going to be real and she was quite frustrated after losing her first match on SmackDown Live. However, it should also be noted that Morgan’s tongue is blue and not green. Color aside, she might be eating way less blue Jolly Ranchers before WWE television now with this new character.