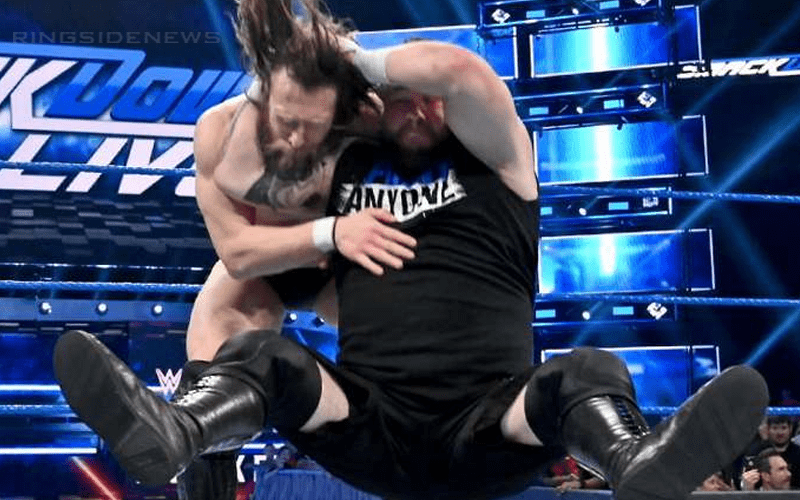 Kevin Owens is having a wonderful time in WWE right now. Not only is he getting a big spotlight on him, but he recently spoke about how liberating this new character is. However, are fans really into the new KO Stunner?

Ringside News put out a poll asking fans how they felt about Kevin Owens’ new finishing move. After borrowing from one of the greatest to ever lace his boots, some people have been skeptical about using Steve Austin’s legendary stunner, but Owens seemed to jump right into implementing it.

The results of this poll asking how fans felt were pretty revealing. 47% Thumbs up 15% Thumbs down 38% Thumbs middle. Therefore, it seems like KO has won over a majority of fans.

It appears Kevin Owens has the fans’ approval for the KO Stunner. The important part of it all is that only 15% gave a thumbs down. Therefore, Owens must be doing something right.

It didn’t hurt that he also received Stone Cold’s blessing after debuting the spot on television.