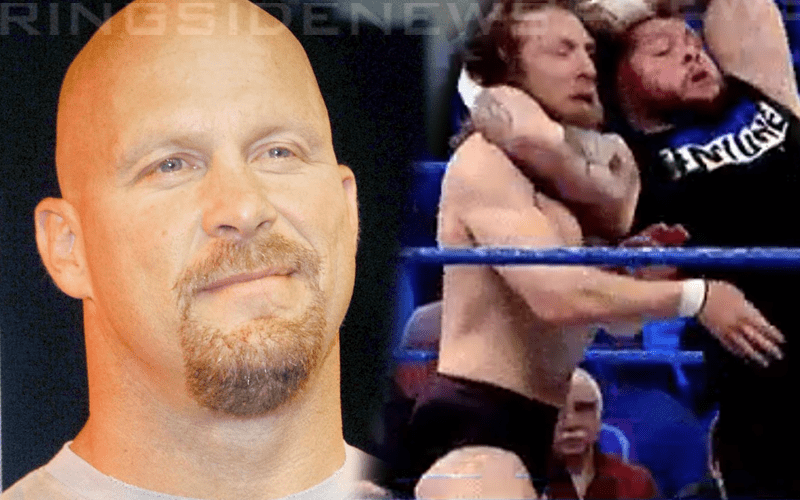 Kevin Owens surprised fans twice on Tuesday. Not only was his return unexpected (even though he had been teasing it for weeks), but he ended the main event tag team match by doing a Stone Cold Stunner.

WWE gave Kevin Owens the Stunner as his finisher which is an extremely high honor to have. Owens had his own reaction to using this famous pro wrestling move, but everyone was waiting to see what The Rattlesnake thought about it. Stone Cold has something to say and it looks like he approves.

Highly effective. When executed properly the results are complete devastation.

Steve Austin replied to a split screen of himself doing his famous finisher cut alongside Kevin Owens’ version of the move. This was a pretty exciting twist to an even more impactful return for KO.