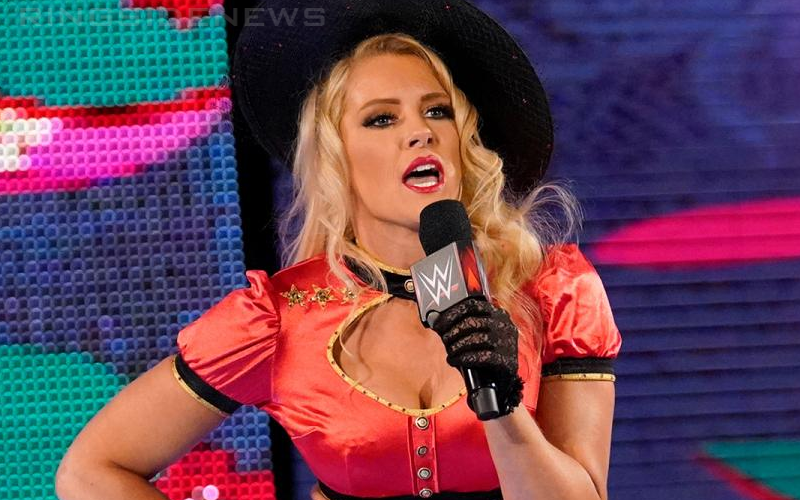 Lacey Evans and Baron Corbin competed in the main event of Extreme Rules only to lose. However, Seth Rollins also ended up losing himself as Brock Lesnar cashed in his Money In The Bank contract. That didn’t change how much effort Lacey Evans put forth in the match and she deserved a break.

Some fans thought it was rather strange that Lacey Evans was not on RAW at all this week. After all, she was just a featured in a big way during Extreme Rules and even her entrance went viral.

The Lady Of WWE replied to a fan wondering where she was last night. It turns out that she simply needed a day at the spa after all that work against The Man and her man.

I was in the main event last night.

I deserve few days off, a day spa and a fat check. #YaNasty #RAW

It’s interesting that WWE didn’t give Baron Corbin the night off. He was in the 10 man battle royal to determine Brock Lesnar’s #1 contender.

Lacey Evans was not in the fatal four-way elimination match to determine Becky Lynch’s Summerslam challenger. So that must mean the stipulation where neither Baron nor Lacey will get another shot at the title obviously only applied to the title holders at that time.