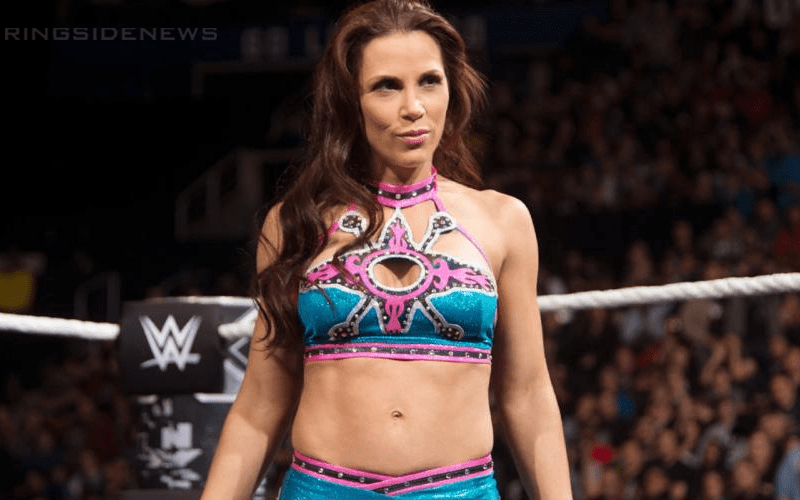 Mickie James is currently injured which will require surgery. This surgery on her right ACL will keep her out of action an expected 7-9 months which means it will likely be 2020 before we see Mickie back in the ring. She’s not letting this fact get her down though, but she’s also not promising anything.

James sent out a tweet to thank fans for all of their support through this difficult time. Her husband Nick Aldis had previously asked for all the prayers and well-wishes they can offer as well.

However, in a very interesting turn of events Mickie James worded her tweet for fans in a very strange way. Instead of guaranteeing a return, she said “if I come back” which could concern some fans.

Thank you all for your love, prayers, and well wishes. I am grateful! I’ll be just fine… if I come back… I’m coming back bionic!

If she does come back at least we know she’ll be bionic. Even if Mickie James has wrestled her final match in a WWE ring she made plenty of memories and is a shoo-in WWE Hall Of Famer as well with six championship reigns on her resume.