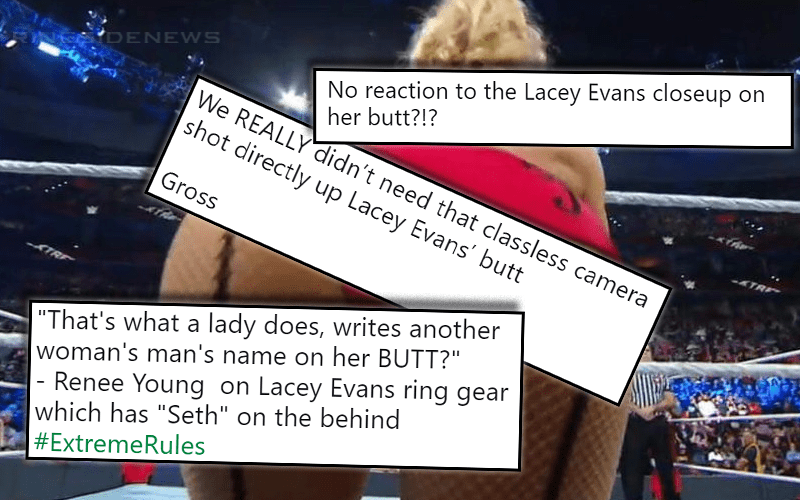 Lacey Evans came out at WWE Extreme Rules and she made it all about her rear end. She posed for the camera and the shot got very close to her as well. This was definitely something you aren’t used to seeing on WWE television nowadays.

True, Evans did have S-E-T-H written on her cheeks, but this clip has gone viral in a big way. Because her entrance has everyone talking even outside of the IWC’s bubble.

Velvet Sky, who is known to be plenty seductive during her Beautiful People entrances commented on so many fans @ing her about Evans stealing her thunder. “What happened now??” she replied to get in on the scuttlebutt.

The scuttlebutt turned out to be all about Lacey Evans. So just because she didn’t pull down that title from Becky Lynch it might not be a good idea to dismiss her so quickly. Because when she can drum up that much attention online with her entrance you know WWE is seeing dollar signs in the former U.S. Marine. After all “Lacey Evans’ Ass” has its own Twitter account devoted to it.

This could be a sign that WWE is venturing out of the family-friendly content that advertisers used to love so much. Because one thing advertisers hate more than racy content is terrible ratings.