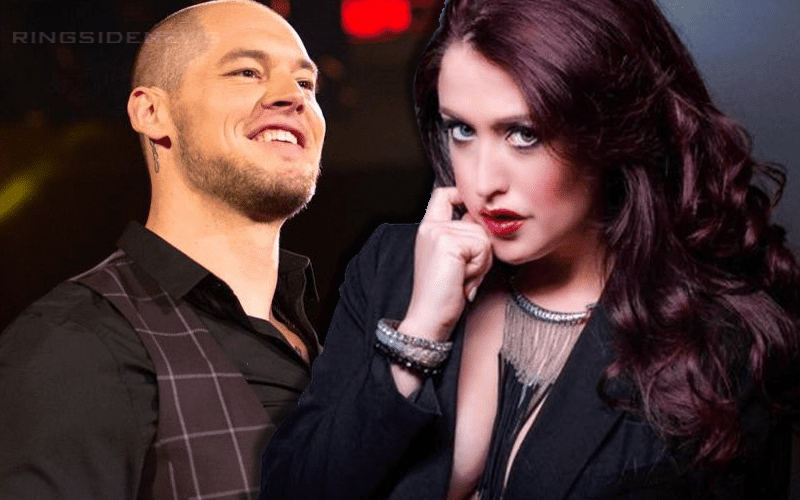 Baron Corbin is pretty good at getting heat from fans and apparently, pro wrestlers are not immune to having heat with Corbin either. Because SoCal Val recently took a shot in his general direction and he returned fire in a big way.

Baron Corbin and Lacey Evans were in the main event of Extreme Rules. The next night Corbin was also featured in the 10 man all star battle royal to determine Brock Lesnar’s #1 contender at Summerslam.

Apparently, seeing Corbin on her television was too much for SoCal Val as she tweeted out:

Ok. Towards end of PPV now and @BaronCorbinWWE has just come our STILL committed to wearing the #TGIFridays busboy formal wear. TO WRESTLE IN.

Baron Corbin only had one reply and it was much shorter than the shots that SoCal Val needed to take. “You still mad I shot you down?” was his only question.

Whether this is true or not is beside the point. Because it was still a great burn. Baron Corbin does apparently register very well with the ladies and perhaps SoCal Val offered to help make The Lone Wolf not as lonely and he wasn’t interested. At least that’s the impression he certainly gave off.

For the record, SoCal Val returned fire by simply denying that she has ever met Baron Corbin.

I’m not sure what that even means. I’ve never actually met you. But! I’ve grown increasingly worried about your fashion sense on television.

It looks like we might have to agree to disagree about this. One thing we can all probably agree on is that Baron Corbin’s fashion sense is still on point, right?