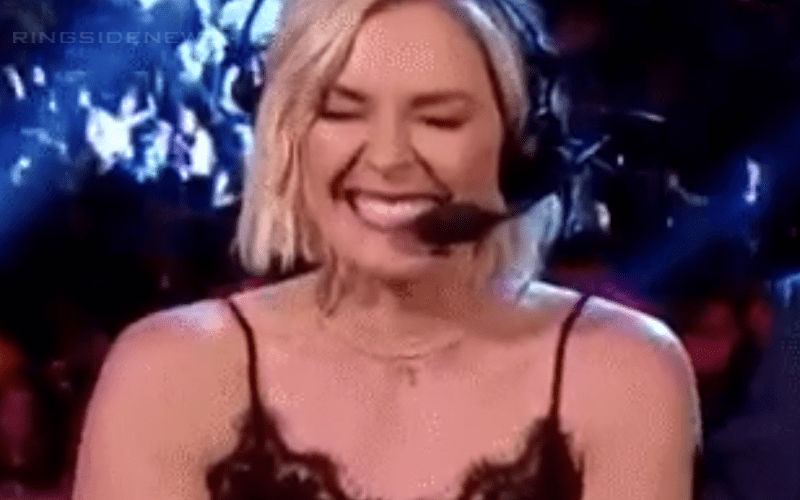 Renee Young is usually able to hold it together during RAW no matter what is going on around her. However, she was met with a line from Corey Graves last night that was so funny she didn’t stand a chance.

Drake Maverick lost his WWE 24/7 Title last night after R-Truth invaded their honeymoon suite. After R-Truth exited the hotel room with the title, they went back to the announce table where this bombshell of a line was dropped.

Renee Young asked Corey Graves if he saw what R-Truth did to get the 24/7 Title. “I would’ve utilized a small package,” was his reply. Then Young started laughing on camera and she couldn’t hold it in.

“I stood zero chance,” Renee Young later said of her corpsing on camera. You have to give her credit because this is the first time she’s really broken into laughter on camera before and she works with some pretty funny people.