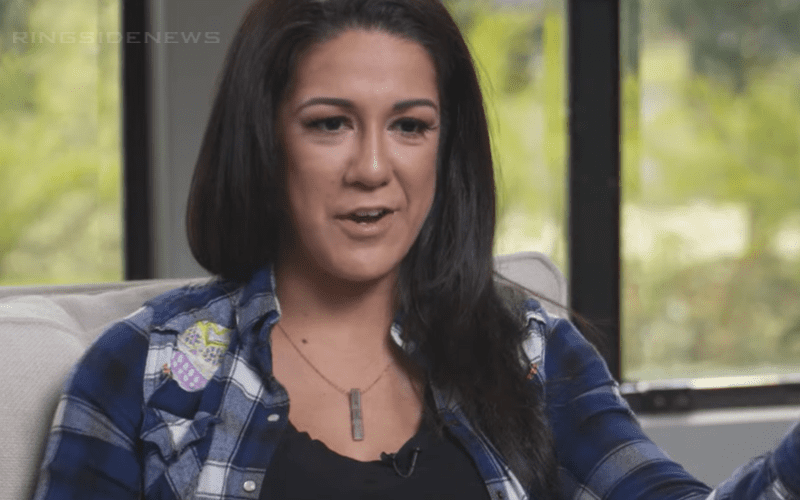 Bayley recently appeared on Fair Game where the name of the show was exemplified. Because every question really was fair game as host Kristine Leahy asked Bayley about WWE Superstars not having a union.

The Hugger got out of the question easily enough, but you could tell that Leahy didn’t like hearing that the billion dollar company didn’t have a union for their employees.

Fightful Select reports that there is no heat on Bayley because of this interview. It was said that management spoke to her and she did “about as well as possible” with the tough question.

However, it is also reported that “WWE officials weren’t exactly thrilled” with the clip going viral the way that it did.

One Superstar commented saying that “they know the deal when they sign on the dotted line, but civilians don’t.” So this no union thing is just something that “regular people” wouldn’t understand outside of the pro wrestling business.

“That same wrestler said they’d be happy with employment status and benefits, but not at the expense of their own jobs or someone else’s.”

WWE makes a ton of money and to provide a union might cost them millions of dollars, but it really is money that they have.

This seems like something that WWE Superstars just have to deal with, but they also know what they’re getting into with WWE. It might be a good idea for WWE to prep their Superstars about how to deal with this situation the next time someone asks about collective bargaining agreements.