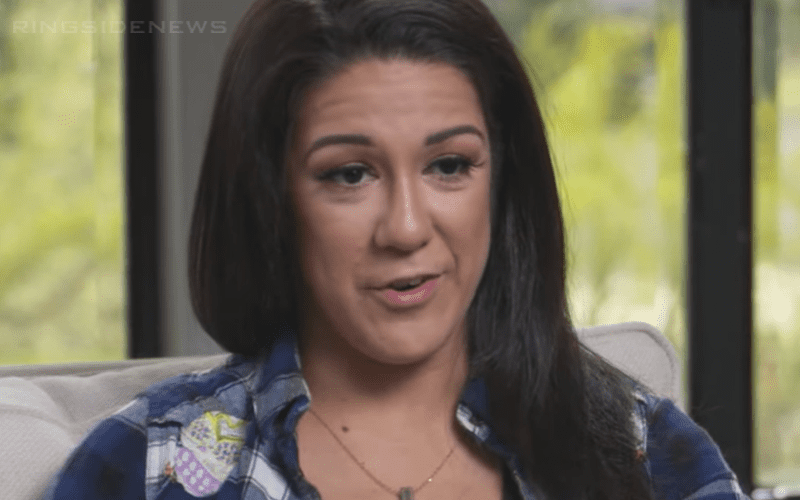 WWE Superstars must work very hard and the work isn’t done after their matches either. Because they must get in their own rental cars and drive to the next town. This is something that shocked Kristine Leahy on Fair Game.

Bayley explained that WWE Superstars have to drive themselves and Kristine was shocked to hear this. She figured that the company would provide drivers, but that isn’t the case. She was in awe about the fact that Superstars are not only forced to drive themselves, but they have to pick up their own rental cars.

The Hugger said that WWE couldn’t arrange travel for thirty Superstars to which Leahy replied: “I don’t know I think they make a lot of money off you guys.”

“I think so too,” Bayley replied. “They take care of us.”

“Do you want me to work on your next CBA?” Leahy asked. In case you’re unaware, CBA means “collective bargaining agreement” which is something unions use to get better deals for their workers.

Bayley was quick to step away from this question as it kind of caught her off-guard. She said that WWE Superstars don’t have a CBA and Leahy said “let’s make one.” Then Bayley replied:

“No. This like this they work around it, but it’s fun though. It does become fun though because you get to connect with whoever you travel with. Those memories that you won’t have with anyone else and it becomes like a real family sisterhood or brotherhood.”

Bayley was able to skirt the question about unionizing WWE Superstars, but Kristine Leahy’s “okay” didn’t seem to give off the impression that she was 100% okay with hearing that WWE Superstars are without a union.

You really have to give Bayley credit for thinking on her feet and coming up with an answer as to why she’s okay that she has to provide her own travel. It’s a good think that she didn’t tell Kristine that WWE views Superstars as independent contractors with no medical (unless they’re injured) and no hotel accommodations either (unless it’s WrestleMania weekend). Because that might have blown her mind.