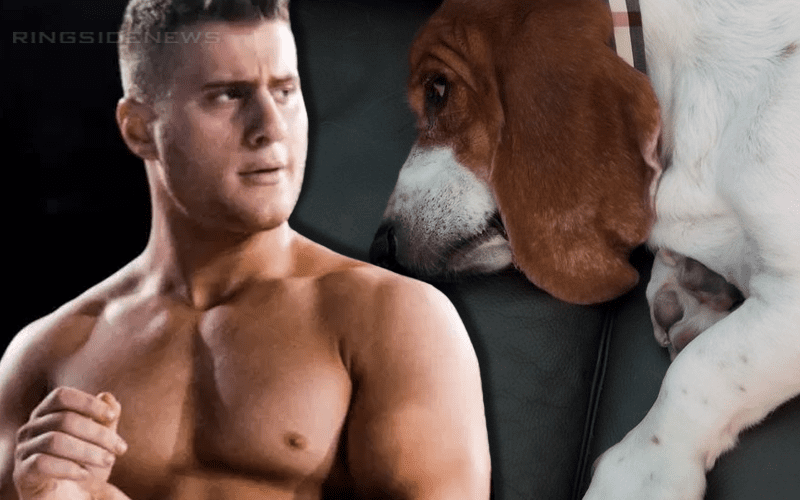 MJF’s injury might not be as bad as some first thought. That is great news because we would certainly miss seeing tweets like this. It’s not like he couldn’t tweet with a busted elbow, but it would definitely be distracting.

One fan tweeted out a picture of his dog rocking a collar that looks a lot like MJF’s prized Burberry scarf. This is when Maxwell Jacob Friedman saw and he took things a bit too far as he is often known to do.

If I see this dog trying to rock Burberry again….I’ll put it down myself.

MJF is destined to be one of the biggest heels in AEW which could elevate him even further than anyone could imagine. If he’s going to keep threatening to murder fans’ dogs then he’s well on his way to keeping that heel momentum going.