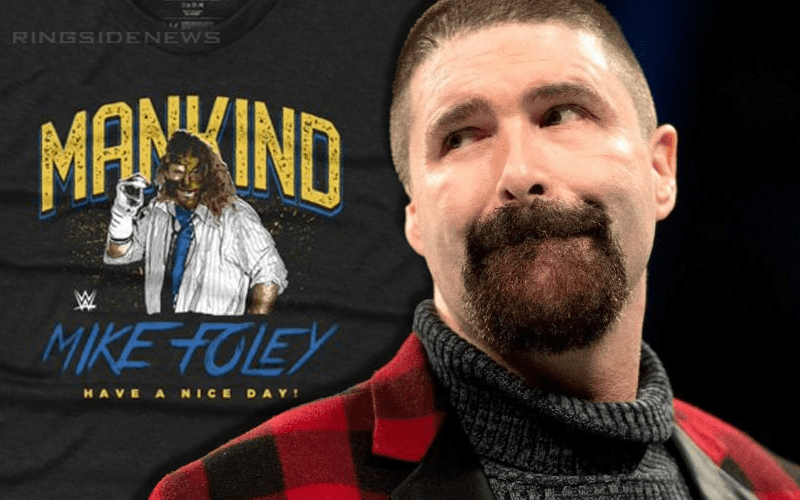 WWE has a lot of legends who have made their way through the company that are still honored with merchandise. This is the case with WWE Hall Of Famer Mick Foley. The only problem is that someone obviously wasn’t paying attention in the spellcheck department.

500 Level was selling a t-shirt for Mankind in their line of WWE merchandise. Keep in mind that these shirts are officially licensed so they were approved by the company. The design says Mankind and says “Have a nice day,” but what is really getting our attention is the fact that it says “MIKE FOLEY” as well.

We’re sure that Mick Foley has dealt with being called “Mike” before. However, it’s probably been a long time since that happened. At least it probably hasn’t happened as much in the past twenty years since he’s been a world-known WWE Superstar.

It looks like 500 Level took this shirt down as soon as they caught the botch, but it was still up for sale for a while. It also makes us wonder what other kind of mistakes they caught which led to this one slipping through the cracks.