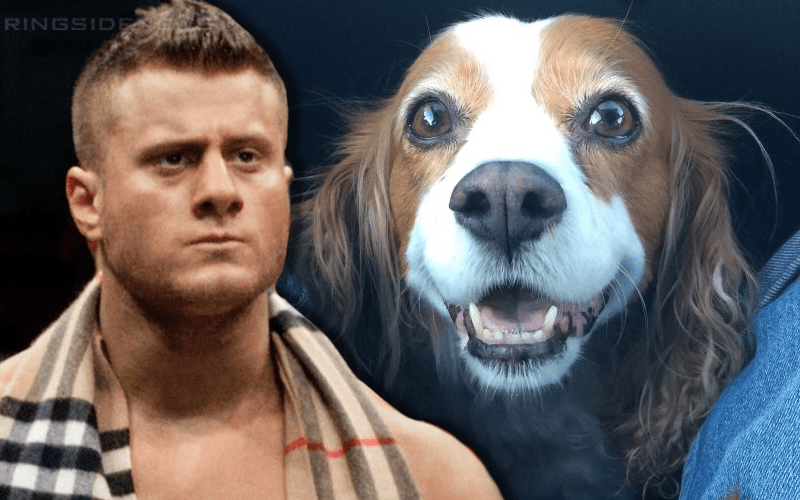 Maxwell Jacob Friedman is a bad guy on another level and he never seems to break kayfabe. Because to him he’s just better than everyone else.

Popular IWC member Hairy Wrestling Fan tweeted out a request that fellow wrestling fans share their pets’ pictures in a thread on Twitter. This included him starting things out by introducing us to Doodles who is a cancer surviving dog that also loves hot dogs.

Being one of the most ruthless heels in the business means that MJF has no soft spot for animals. In fact, he commented back after this thread took off saying:

“All of your pets are ugly as sin.”

We’ve got to give it to MJF that he knows how to be a heel. If taking a shot at a cancer surviving pooch isn’t enough to get heat then we don’t know what is.