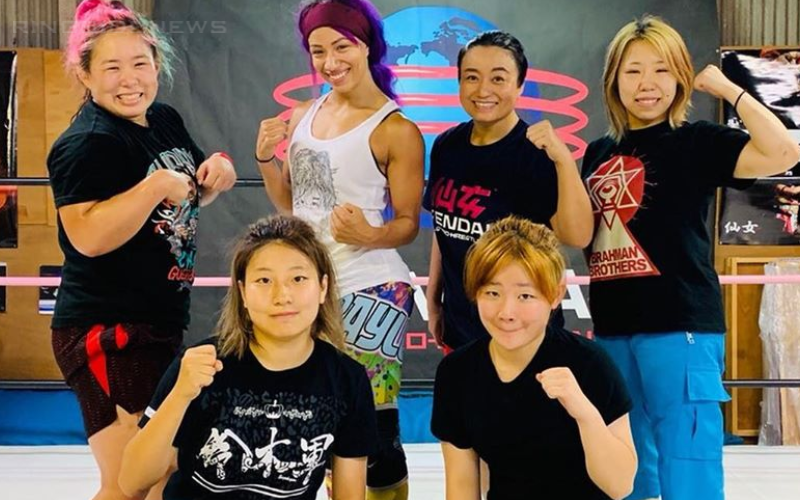 Sasha Banks could very well be headed back to the WWE eventually, but she certainly took a good vacation. After WrestleMania 35, Banks reportedly told WWE she wanted out of her contract. They didn’t let her leave, but they did grant her a long vacation.

Banks has used that time wisely and she recently went to Japan to train with Meiko Satomura at the Sendai Girls training camp.

The Boss posted a picture of them in the ring while thanking everyone involved. She also vowed to come back and “make good on the magic” they have.

In life, there are a lot of things I’ve always wanted to accomplish. Not for the sake of telling the world I did it, but for me, and only me. Things that feed this hunger inside me. Things that, when everything else in the world disappears, still brings me a heartfelt of joy that makes me remember why I am who I am.

This past week I was lucky enough to travel to japan and train with some of the best wrestlers in the world. I walked in with an open mind, and open heart, and became a student once again.

To say that this was a dream come true is an understatement. Thank you @meiko_satomura @sendaigirlspro_official @dicktogo for allowing me to become a part of your world. One day I will return, and we will make good on the magic we have between us. Thank you.

We will have to wait and see when Sasha Banks might be able to make a return to the Sendai Girls training facility. She seemed right at home the entire time. However, before Banks can do anything else she might need to continue on with WWE because they aren’t likely to let her out of her contract so easily, especially with the pro wrestling landscape being what it is right now.