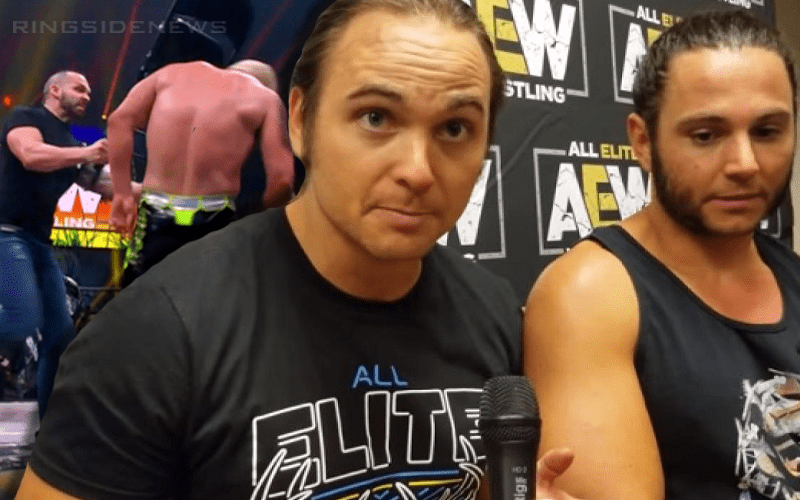 Sometimes pro wrestling can use some “color.” That is the term used when blood become a part of a match. Sometimes it’s not on purpose, but other times it can be assisted with a blade to the forehead. Either way, The Young Bucks aren’t interested.

One fan made a comment about how The Young Bucks don’t bleed during their matches. This caused Matt Jackson to reply with a very simple answer which kind of sums up why they don’t bleed in the ring.

“We keep our blood inside of our bodies.”

The Young Bucks are set to face Cody Rhodes and Dustin Rhodes at AEW’s Fight For The Fallen. That match could get intense, but don’t expect The Jacksons to be bleeding all over the ring like Dustin at Double Or Nothing.