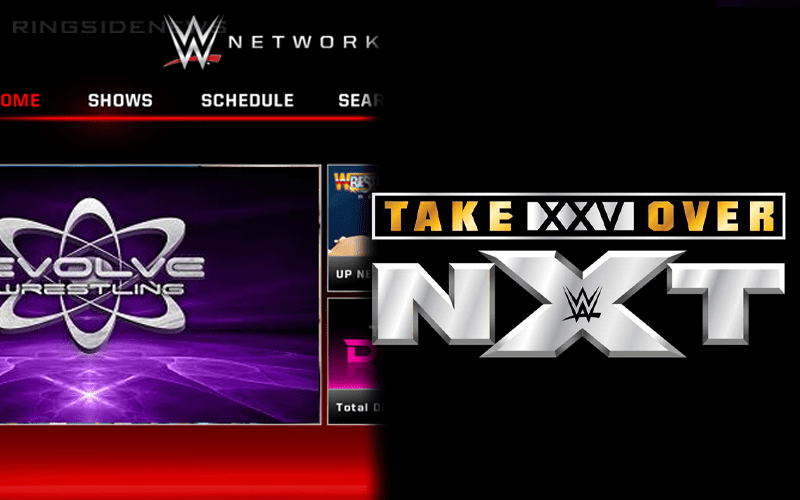 WWE is putting EVOLVE’s 10th Anniversary special on the WWE Network this Saturday. If the timing of this special seems convenient then it should feel that way.

AEW’s Fight For The Fallen will air this Saturday as well. Ringside News will also be providing extensive coverage of the event. However, WWE obviously doesn’t want fans watching AEW, but they can’t admit that.

The Wrestling Observer Newsletter noted that WWE pushed the EVOLVE special so heavily because of AEW without giving much room to debate this observation from Dave Meltzer.

They pushed the Evolve show considerably harder than any Takeover show has ever been pushed on Raw. Obviously it was due to it being head-to-head with the AEW show.

WWE is very likely to pull counter moves on AEW’s momentum pretty much every step of the way. They even scheduled the next NXT UK TakeOver event to happen on the afternoon before AEW’s All Out pay-per-view. Although that might not directly compete against All Out, the thinking might be to give fans great pro wrestling earlier in the day so they might not feel the desire to pay for All Out.

We will have to wait and see what WWE tries to do next to combat the growth of All Elite Wrestling. In time Tony Khan’s company might need to arrange a counter of their own to take a shot at Vince McMahon’s operation which will be very interesting to see if and when that happens.