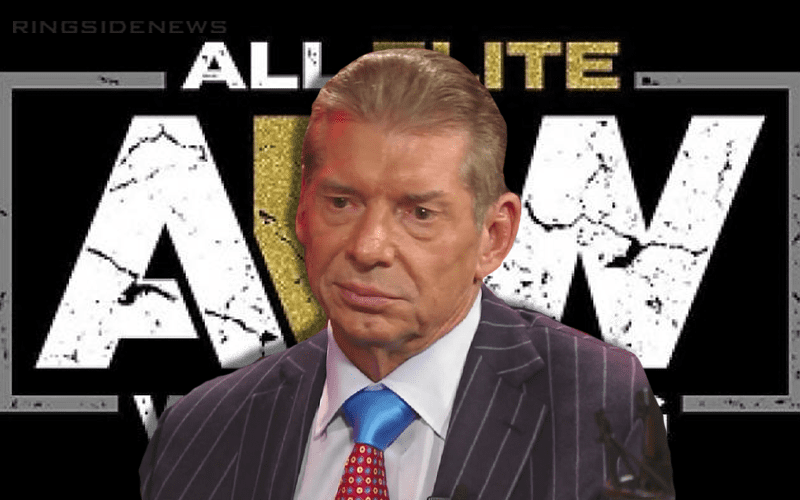 WWE is at war with AEW. They are obviously paying attention to The Elite and they were monitoring the situation since the company was announced. However, they can’t really admit it.

Sami Zayn mentioning AEW on RAW after Double Or Nothing was a huge win for AEW. That was a bad shot to take for WWE. Vince McMahon is now interested because there is a war so now he’s counting his own wins and losses.

Roman Reigns recently said that AEW is no competition to WWE and the Wrestling Observer Newsletter said that Reigns was towing the “party line.” However, he couldn’t really admit that they are even paying attention to what his old buddy Jon Moxley is doing now. Because to admit that they are considering them as competition is to acknowledge them in the first place which would make this war public.

They are competition to be sure, and inside WWE it’s talked about that it’s a war and moves are being discussed constantly. But you can’t say that publicly, because doing so makes them bigger competition when it comes to public perception

WWE has done a pretty good job of keeping this war on an internal level. People might still be arguing about this, but WWE Network didn’t just happen to start airing EVOLVE specials on the same night as AEW’s third pay-per-view event.

Now WWE is plugging EVOLVE like never before with social media posts and short hype videos highlighting some of our favorite NXT Superstars who are famous EVOLVE alum. They could have done that a year ago, but now the partnership is finally getting focus.

If WWE admits that AEW exists, then they would be putting them in the public eye. However, that might not be a bad thing. Because it could encourage a renewed interest in the business altogether. Perhaps Eric Bischoff or Paul Heyman will be able to convince Vince McMahon that all that attention Sami Zayn got from spouting out the competition’s name while sitting in an electric chair wasn’t the worst idea after all.