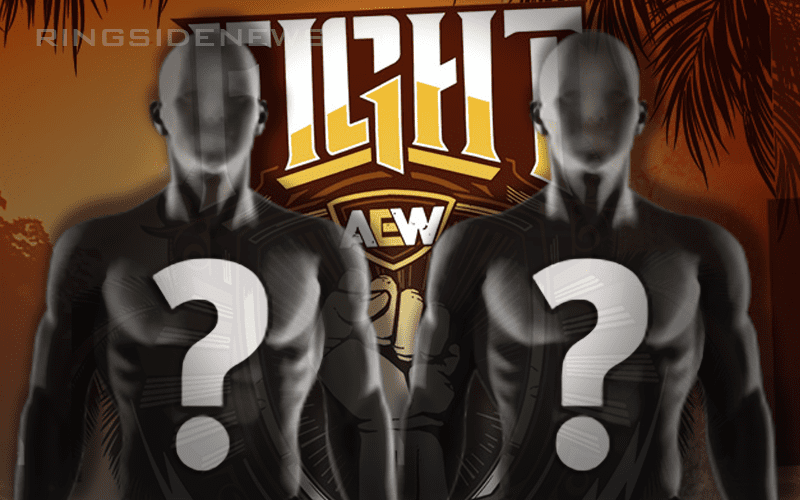 AEW’s tag team division promises to be something special. Now they have a chance to show off three teams at AEW Fight For The Fallen.

The Dark Order (Evil Uno & Stu Grayson) vs. Angelico & Jack Evans vs. Luchasaurus & Jungle Boy is now set for Saturday’s AEW pay-per-view. It won’t cost U.S and Canadian fans anything to stream it on BR Live though.

The Dark Order have thrown out plenty of ominous promos with their creepers all around them making a throne out of human bodies. Now they will have a big opportunity to get even closer to becoming AEW Tag Team Champions. They will have Jack Evans & Angelico as well as Luchasaurus & Jungle Boy standing in their way.

The winners of this triple threat tag match will go on to face The Best Friends at All Out. The winner of that match at All Out will get a bye in the AEW World Tag Team Championship Tournament.

Bea Priestly will also be in action