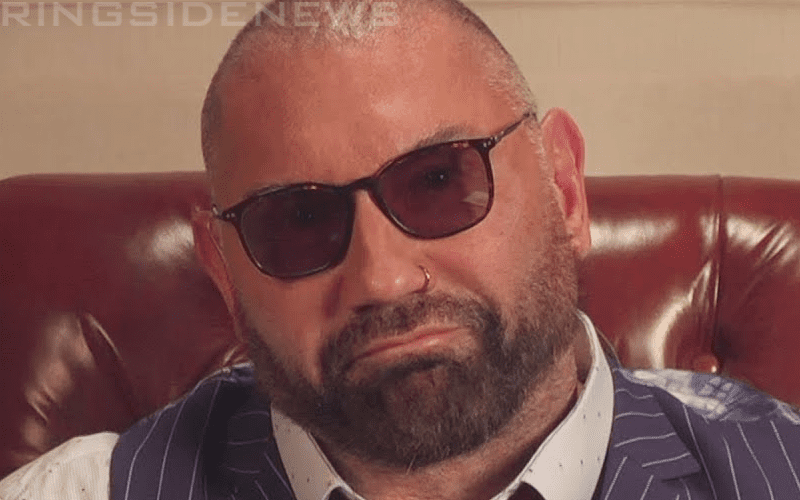 Batista’s film career is taking off and odds are we’ll start to see him in way more roles soon enough. He is always busy and negotiating his next project, but a movie that he had a lot of fun doing won’t be seeing the light of day this year.

According to The Hollywood Reporter, Batista’s upcoming movie “My Spy” was set for an August 23rd release. However, that will not be happening now. Because the studio has pulled the film’s theatrical release at “the 11th hour.”

The movie studio STX has not commented on this change for Batista’s upcoming film, but it is said that the movie might benefit from a 2020 release instead. Because Batista has a comedy called “Stuber” being released on July 12th which is tomorrow as of this writing.

It doesn’t look like this is going to stifle Batista’s film career because he has plenty of other projects in the pipeline.