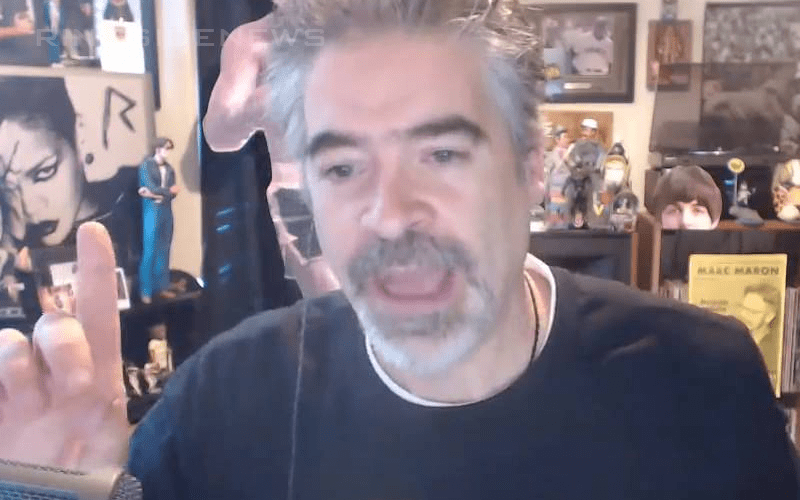 Vince Russo was in a very important role in WWE during a booming time in the business. The Attitude Era was a time when more people were watching pro wrestling than ever before. However, does that mean Vince Russo could come back as well?

Brad Shepard noted on Oh, You Didn’t Know that he asked a WWE source about the likelihood of Vince Russo making a WWE return in a backstage capacity. After all, WWE has been bringing back a lot of names from the past that some might not have considered would be likely such as Eric Bischoff and before him there was Jeff Jarrett and Bruce Prichard.

The response Shepard reportedly received might frustrate some while others will be greatly relieved.

“I spoke to a source about the returning people to WWE from a creative standpoint. You look at Bruce Prichard returning and you look at Eric Bischoff returning. You look at Paul Heyman being placed in the Executive Director role. So we were walking about that situation and Vince Russo’s name was brought up. So I asked what the thought was about that because obviously when you talk about bringing those people back there’s a case that can be made whether you like Vince [Russo] or not that look, this guy was writing back when Raw was at its most successful as far as ratings.”

“The response I got and I’m going to use a quote — again, these are not my words, but in WWE ‘Vince Russo’s name is mud around here.'”

Therefore, it doesn’t look like fans should be holding their breath about a Vince Russo return. He will undoubtedly be upset to hear this, but Russo also did a number of things to upset the company since leaving Vince McMahon’s payroll.

It looks like it is possible to totally burn a bridge with WWE after all.