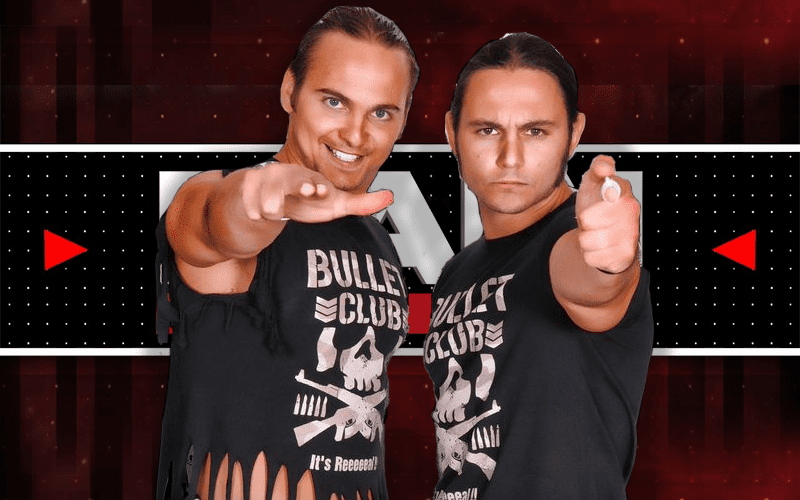 The Young Bucks reportedly had huge offers from WWE on the table before they decided to start up AEW. If the Young Bucks would have broken up The Elite for WWE it might have meant that AEW wouldn’t have happened. However, it doesn’t seem like we need to worry about that.

WWE even reportedly had an escape clause in The Young Bucks’ contracts so they could leave early if they didn’t like the creative direction they were given.

While speaking to Chris Van Vliet, The Young Bucks revealed how close they actually came to signing WWE deals. Matt Jackson said they were talking to WWE “endlessly” at a certain point, but eventually they decided to bet on themselves instead after Tony Khan approached them at the right time.

Matt: We talked to them endlessly. At one point, I remember me, Nick and Kenny were in a room because all of our deals were up at the same time. We got off the phone one day and we looked at each other and we said ‘I think we’re all going to WWE.’ It was that close. Tony came to us at the right time and he made the right offer. I’m not talking financially, I’m talking ‘hey, you guys can run this thing’ and ‘I want you guys to hire your people.’ It’s like someone saying ‘I want you to make a movie and you can hire all the cameramen. You can hire all the writers, all your friends to be with you.’ He gave us the keys to this thing. You can’t say no to this.

Nick: One thing that took out of the race for going to WWE was the amount of dates that they wanted us to do.

Matt: They even offered us a limited schedule.

Nick: We have young families. Even with the limited schedule, it was like ‘God, I can’t imagine being home [just] for 2 days for my kids.’

We can debate all day long about how well The Young Bucks would have done in WWE. It seems to be a moot point now. Because Nick and Matt Jackson are now EVPs for AEW and they seem to be happier than ever even though the work is definitely not slowed down at all.