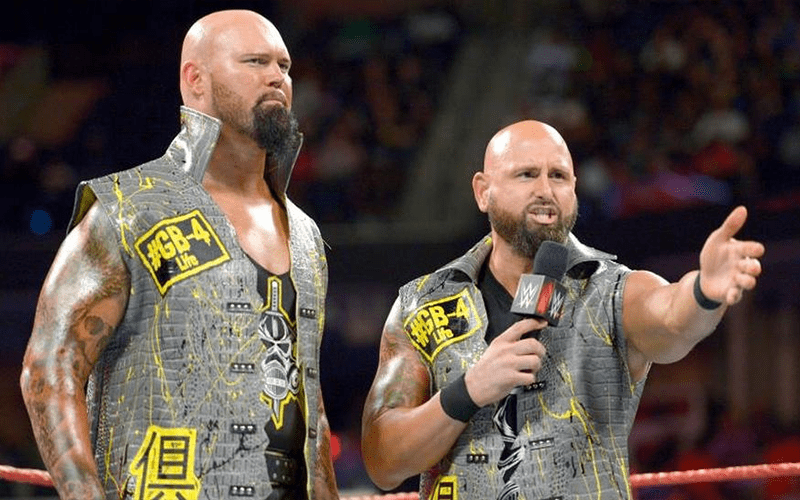 Karl Anderson and Luke Gallows are not leaving WWE for at least another five years. Because The Good Brothers signed new deals after tempting that they would leave the company. New contracts were on the table for a long time and now that they’re signed, the locker room is reportedly buzzing.

Fightful Select reports that the WWE locker room is talking about The Good Brothers a lot. They are generally well liked and respected for all the work they do in the gym as well as their work ethic in the ring, so this news was met with generally a positive reception from that standpoint.

It is reported that The Good Brothers’ new WWE contracts are huge compared to the offers that WWE has been putting out there recently for Superstars to re-sign.

It was noted that New Japan and “other companies” had already shown interest in The Good Brothers. We can only assume AEW was on that list because of the fact that The Young Bucks seemed to be crossing them off of a list they were working on at the beginning of Being The Elite this week.

It is reported that the general feeling going around wasn’t necessarily optimistic, but it was rather one as if to say “they couldn’t really fault Gallows and Anderson for setting themselves up for the future.”

However, it is also reported that there still isn’t all that much hope that WWE’s tag team division will get any better.

One wrestler said “more confident in this company than I am. I wouldn’t hold my breath as far as tag teams getting an opportunity.”

The Good Brothers took fantastic deals that will set up their families for a very long time. This is great news for them and even if not everyone is convinced that they did the right thing from a creative standpoint, you really can’t blame anyone from turning down a huge guaranteed payday for the next five years.