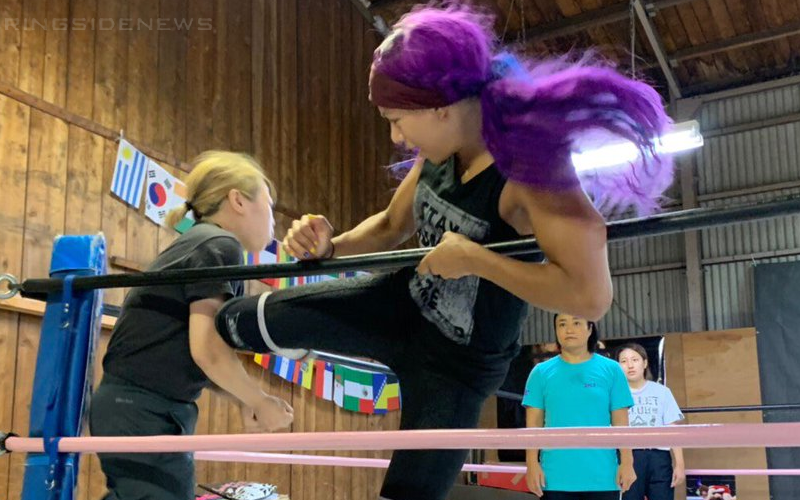 Sasha Banks has been having a great break from WWE, but all signs point to her imminent return to WWE. It appears that she is getting some work in and did so during her recent trip to Japan.

We previously reported that Banks was spotted hanging out with some Japanese wrestlers during a recent trip to Japan. It turns out that she also got in the ring as well.

In a tweet translated from Japanese, Meiko Satomura tweeted out some pictures of The Boss training hard with the following caption:

#SashaBanks There is a practice to come to the Senme dojo. She is training very hard. You can tell that you love professional wrestling.

It looks like Sasha Banks hasn’t lost her step at all. In fact, if she does make a return this Sunday at Extreme Rules as many are predicting then she just might have a couple more moves ready to go that she picked up in Japan