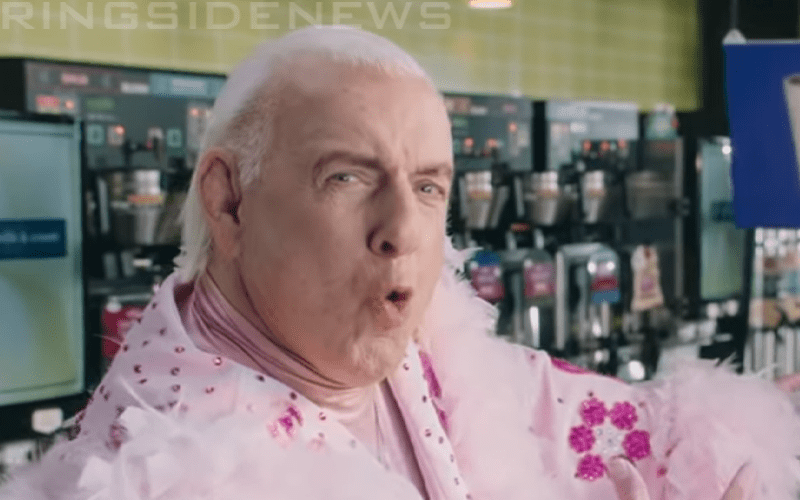 WWE is currently operating without an established top Superstar in place. Instead, they have a few top Superstars who share a majority of the spotlight. This might be the best idea so all the chips aren’t placed on the same person, but it is still noticeable that WWE doesn’t have a Hulk Hogan or John Cena type in the company anymore.

While speaking to Wrestling Inc, Ric Flair discussed WWE’s issue of not having a top guy anymore. He said that Roman Reigns was set for that role, but leukemia set him back. Now WWE is working to put the spotlight on a few different people which can be another issue, especially after WrestleMania where they found themselves “falling flat” in the eyes of The Nature Boy.

“I think that Roman was going to be ‘The Guy’ and then, of course, the illness set him back. I think he still can be but it’s hard. They have some great talent [in WWE], great wrestlers, but they’re having some hard time, in my estimation, figuring out who ‘The Guy’ is. And it’s not because they’re not talented. I think they’re just getting crossed, and mixed feelings, and mixed emotions from different people. You’d have to have been a wrestler for a long time to see that. But you watch the show, if you watch it weekly like I still enjoy watching, mostly because of my daughter. I like to see what the girls are doing on RAW now and I always watch SmackDown and see what she’s doing.”

“I think the women proved, beyond a shadow of a doubt, that they deserve that spot and main event. And then they pulled it off even going in the ring at 12-o’-clock at night, they still had a phenomenal match and the fans stayed to watch it. But the next day, they needed to come up with something as big and I just think that it’s hard to do that every year.”

Hopefully, WWE will be able to find their footing or elevate a number of Superstars to another level. It wouldn’t be the worst thing for WWE if they could get themselves to another point in the business where they have a Steve Austin, The Rock, and The Undertaker situation where three men are all so incredibly over at the same time.

However, at this point it might be a gamble no matter what they do.