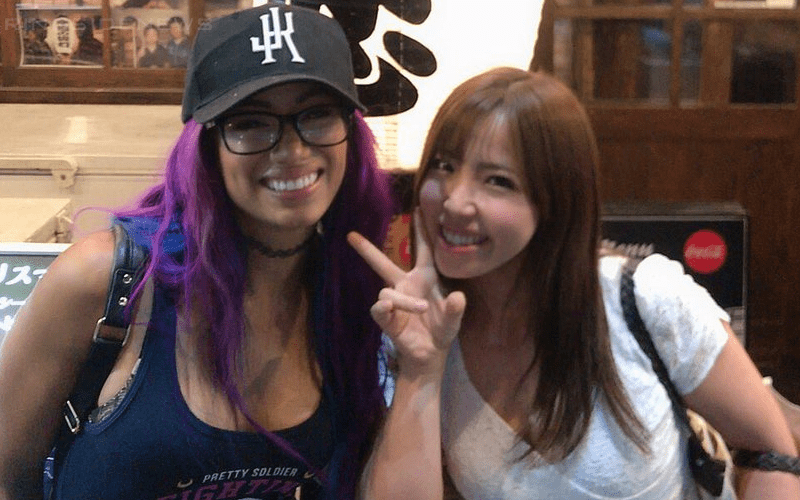 Sasha Banks isn’t wrestling for WWE right now, but she obviously loves pro wrestling a lot and always will. She hasn’t appeared on WWE television since WrestleMania, but Banks recently got pretty close with Joshi wrestler Mina Shirakawa.

Shirakawa posted a few pictures of herself hanging out with Sasha Banks. They had some delicious beef and obviously enjoyed each other’s company. The real question is why Banks is in Japan and so soon after WWE’s mini-tour.

In a message translated from Japanese, Mina Shirakawa said:

Last night, it was soooo much fun! She is very kind and wonderful woman 💜 Sasha and Yakiniku go to the beef love ❣️ It was super fun! I’ll do my best today!

Mina Shirakawa ended up defeating Pom Harajuku in the TJP Toyko Princess Cup later that night. So it looks like a little visit from The Boss might have done the trick.