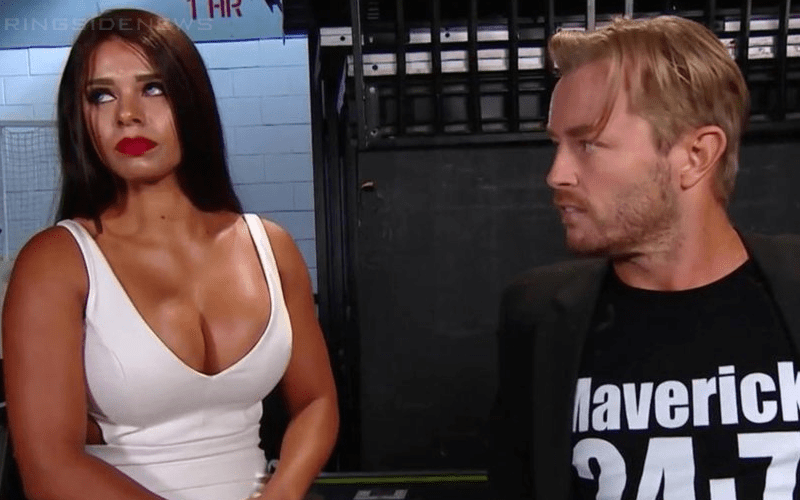 Drake Maverick’s wife Renee Michelle has gotten quite a lot of exposure in the past couple of weeks. Now she is getting to be one of the more popular parts of WWE’s on-going storylines for a couple of reasons.

She married Drake Maverick right in the middle of him chasing the WWE 24/7 Title. Then she got to have a honeymoon with Maverick as he celebrated being the WWE 24/7 Champion the entire time.

In an update to his marriage to Renee Michelle, Drake Maverick has yet to have sex with her. He let fans know that she now claims to be too tired from all that running with the WWE 24/7 Title.

UPDATE: Still have not consummated my marriage. Too tired from running apparently… #WWE

Renee Michelle is actually a pro wrestler herself. She competed in the Mae Young Classic and she’s quite talented. During an interview before her MYC debut, she said: “I’m willing to do almost about anything to get to what I [want to] achieve.” Perhaps marrying Drake Maverick is part of her long term plan.

If she shows up to Extreme Rules as the WWE 24/7 Champion then we’ll know she invited a referee on the rest of their honeymoon.