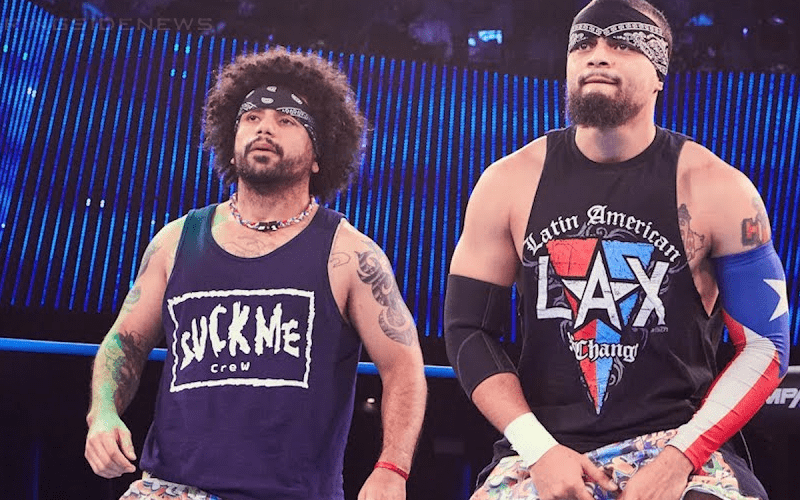 It was reported that LAX’s contracts with Impact Wrestling were done and their final match was at Slammiversary where a kayfabe injury took place. However, that might not be 100% the case.

PW Insider reports that Santana and Ortiz’s contracts with Impact Wrestling are not up just yet. Their current deals reportedly aren’t up “until August.”

LAX does have opportunities to show up at Impact Wrestling’s television tapings and their Twitch events. The company is reportedly trying to work on a new deal with them, but one has yet to be reached.

The reports that both WWE and AEW have offers for them was not refuted. That very well could be the case because Santana and Ortiz really came into their own in the last couple of years and pulled off some great feuds in Impact Wrestling with The Lucha Bros, The OGz, and others. Now it looks like their real estate value is high enough that they could be players when their contracts are up in August.

We’ll have to wait and see where LAX lands. Obviously, there are benefits and drawbacks with each choice. Keep checking back with Ringside News and we’ll update you guys as this situation continues to unfold.