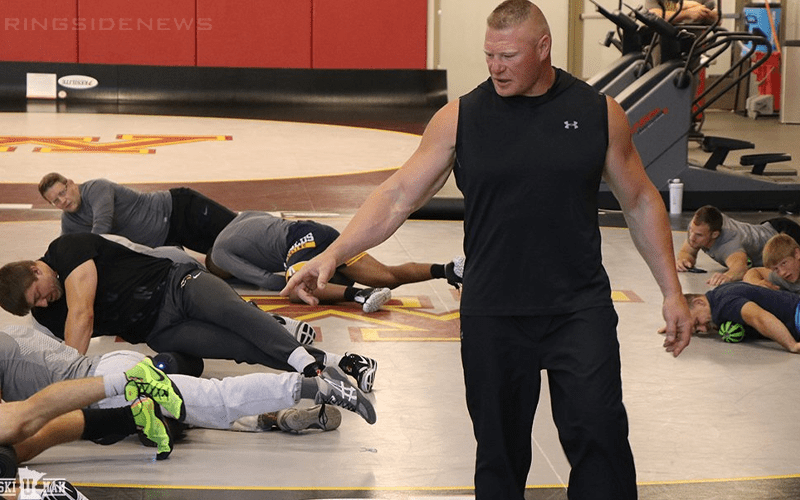 Brock Lesnar was one of the biggest prospects to ever come out of the University Of Minnesota, but he is obviously paying attention to the newest crop of students coming out of his alma mater.

Lesnar spent Monday morning with the Minnesota Golden Gophers wrestling team. They were obviously happy to have their famous alum around as the team was able to learn some first hand from The Beast Incarnate.

No other school has the honor of welcoming #Gophers legend, and international superstar, THE @BrockLesnar back to Minneapolis for a Monday morning stretch #GopherTough

This was a pretty cool thing that Lesnar did. He’s visited his old stomping grounds in the past to help train some students as well. He also previously spent some quality time with Gable Steveson who WWE has had their eye on for quite some time. However, a recent accusation might derail Steveson’s future a bit.

It just goes to show that since Lesnar was essentially made enough money to live comfortably that he could always have a spot on the Golden Gopher’s wrestling team as an extremely valuable coach.