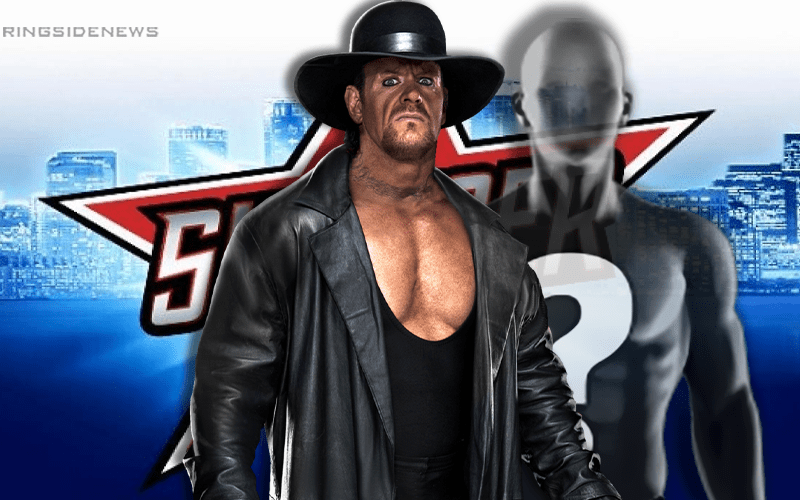 The Undertaker is set to make an in-ring return at Extreme Rules, but he just competed in Saudi Arabia at the Super ShowDown. Having The Dead Man wrestle so often might be rare at this stage in his career, but he was reportedly working more dates this year.

Summerslam is closer than most might think being August 11th in Toronto. This is why it is so interesting that Taker is currently advertised for that event as well.

Dave Meltzer explained on Wrestling Observer Radio that just because there is advertising for The Undertaker vs Drew McIntyre doesn’t necessarily mean that match will go down in Toronto.

“Now Undertaker, there’s advertising for Toronto for Summerslam for Undertaker and Drew McIntyre. I was asked about that and just told don’t read anything into it is what I was told.”

“The one thing is the fact that they’re advertising a match also means that Undertaker’s gonna be at Summerslam which makes sense because if he’s going to do Extreme Rules he should do Summerslam and it would make sense between Undertaker and Drew McIntyre, but I was told not to read anything into it.”

We previously reported that McIntyre was Taker’s hand-picked WrestleMania opponent, but Vince McMahon has put on WrestleMania caliber matches at Summerslam in the past. It is going to be as big of an event as possible so The Undertaker could very well wrestle McIntyre in Toronto.

We will have to wait and see because The Dead Man hasn’t even made it past Extreme Rules yet. We had previously heard big rumors that Taker could be facing Baron Corbin during the biggest party of the summer. However, if Vince McMahon switched that around it wouldn’t surprise us one bit.