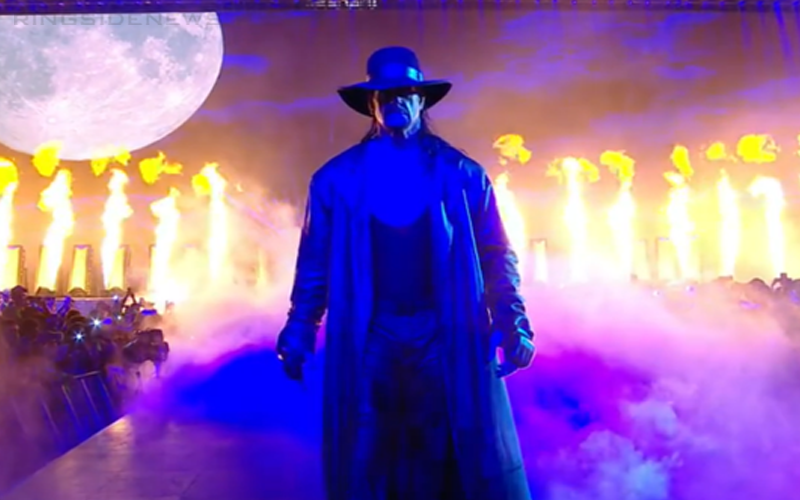 The Undertaker showed up on Raw last week and nobody saw that coming. Now he is booked for an Extreme Rules tag team match on July 14th in Philly just one day after AEW Fight For The Fallen.

Brad Shepard reports that The Undertaker will be working a few more dates this year than he has in previous years. This is not only an attempt to prevent ring rust, but also help build toward a big WrestleMania match as we previously reported.

According to a source in WWE, the Undertaker is expected to make quite a few appearances this year and work at least 1-2 matches before WrestleMania 36, to prevent any ring rust.

It will be very interesting to see who The Undertaker faces and what kind of matches WWE will book for the 54-year-old Phenom. It appears that fans should be expecting to see him around more often this year as he will likely be factored into a few big events.