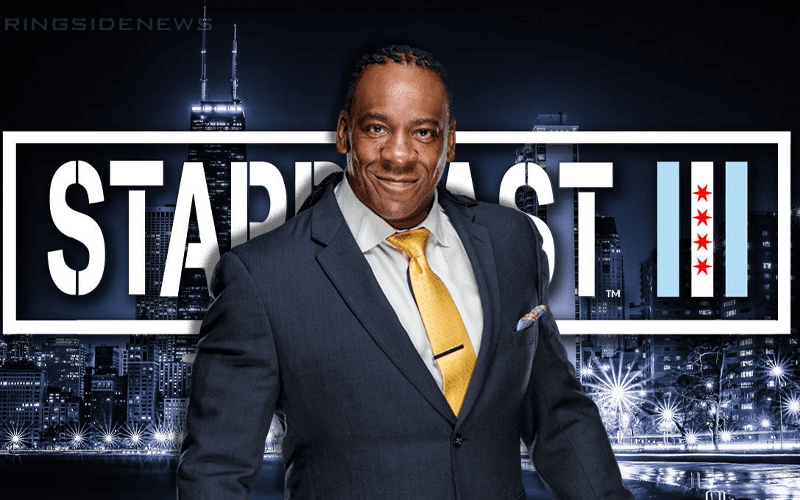 Booker T will not be making an appearance during All Out weekend in Chicago. He pulled out this week and the initial report stated that he actually cancelled an All Out appearance instead.

Dave Meltzer got some heat from Booker T when he said that the two-time WWE Hall Of Famer pulled out of All Out. Meltzer made a point to say on Wrestling Observer Radio that the event he pulled out of was obviously Starrcast, but that doesn’t change Booker T’s reasoning for not doing the convention.

“Here’s the basic situation, [Booker T] was announced for Starrcast — Conrad announced him, Starrcast people, whatever — he was announced. His name was out there and when I saw it I was really surprised because when I saw his name I was like ‘We’re going to go through this again,’ but Booker T does his own Reality Of Wrestling. He works with other indie promotions. Booker T is doing a show with Impact.”

“It’s sort of like Booker T has his own promotion, but he does work for WWE, but he is an announcer, but Lawler was with JR and he’s an announcer, so eventually there are announcers who have gone. It’s not like it’s Undertaker who’s an iconic guy or Kurt [Angle] or whatever. So I thought whatever maybe it’s gonna happen.”

“Then Booker says he’s not doing it, but he’s going to explain it and probably somehow try and say that report is inaccurate even though that’s exactly what happened. You know it’s that he was pretty much told that he couldn’t do it or shouldn’t do it or he just had enough to read the tea leaves and know that it’s better off not doing it like Shawn Michaels. I think Shawn Michaels was probably told not to do it when he originally was gonna do it, but it’s the thing.”

WWE and AEW’s relationship is not getting any better. While All Elite Wrestling might just want to provide an alternative, World Wrestling Entertainment only sees them as competition and Vince McMahon loves to crush competition.

This likely won’t be the last time we see WWE try to hamper AEW’s plans. Apparently, as far as WWE sees it, Conrad Thompson and his Starrcast events are associated with AEW even if they’re not officially affiliated with the wrestling company.