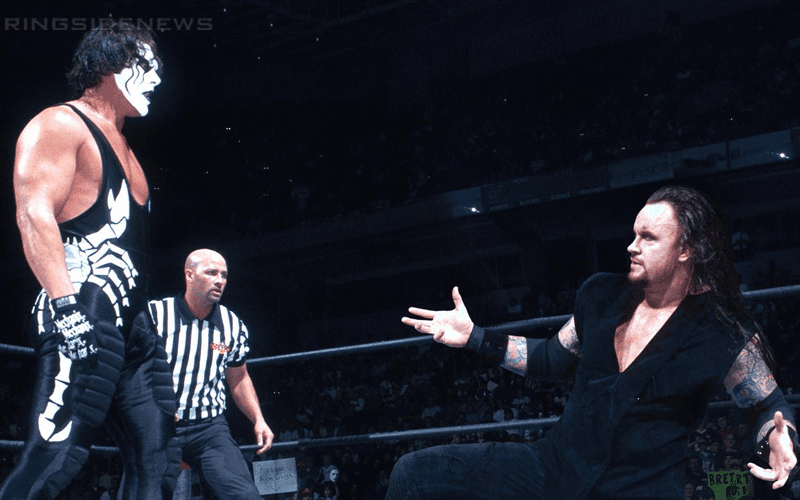 The Undertaker has been able to compete in a ton of amazing matches in his shoo-in WWE Hall Of Fame career. However, he was never able to make things work with Sting.

It’s not like Taker and Sting didn’t want to have an iconic match against each other, but Vince McMahon was never hot on it. WWE was also preoccupied with other stories at the time when they could have booked Undertaker vs Sting. However, you can never say never in pro wrestling.

Sting recently said he would come back for one more match if they could make the dollar amount high enough. WWE certainly has the cash to throw around, the only thing might be fan interest. After The Undertaker’s match against Goldberg flopped they might want to be more careful about booking The Dead Man from this point on.

WWE really piqued a lot of fans’ interest when they put out a photoshopped picture of Undertaker and Sting in the same ring with one simple caption: “Imagine.”

This has really gotten a lot of people excited about what might be down the line. If they could make this match work at it’s not in Saudi Arabia then there are four big WWE pay-per-views that the company holds every year that The Undertaker vs Sting could undoubtedly be a marquee match for.