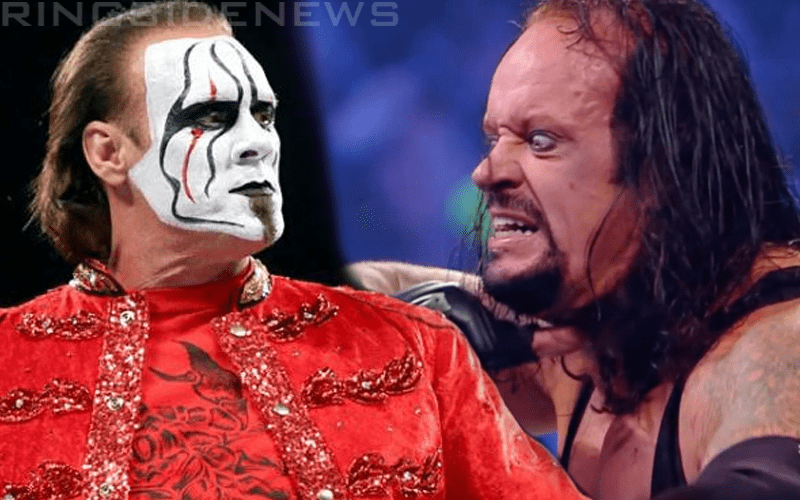 Sting recently said in an interview that he would only come back and work another match if it was against The Undertaker. This sounds amazing for certain fans, but it is not going to happen.

Dave Meltzer explained on Wrestling Observer Radio that he was told by WWE that Sting couldn’t get cleared. This match is a pipe-dream that will remain something that won’t happen. However, it is also interesting that he noted the reason why WWE is so careful with older guys and the fact that Vince McMahon never wanted to do the match in the first place.

“WWE’s really careful with older guys because of what happened with Lawler.”

“Vince was never hot on that match anyway. I mean people were for whatever reason. Sting’s already 60.”

The fact is that if Vince McMahon wanted to put on The Undertaker vs Sting then he would have. Instead, he involved Stinger and The Dead Man in different feuds while Sting was working for the company.

We might never see this match go down in real life, but at least WWE’s video games allow fans the chance to hold this match as many times as they like.