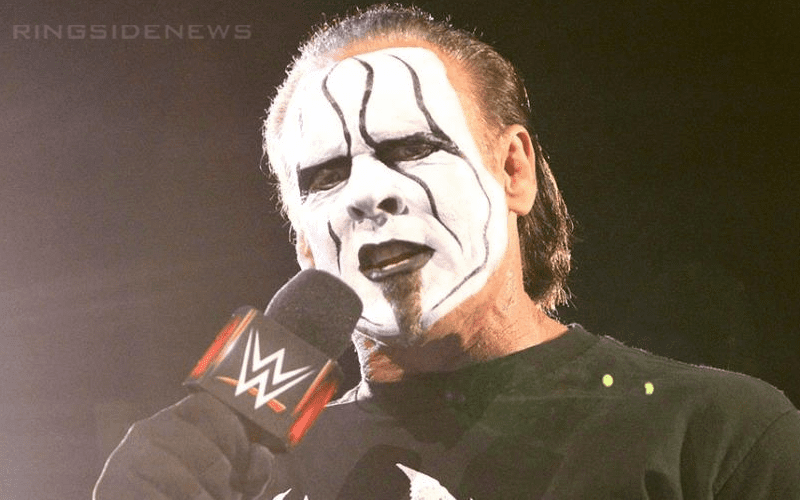 Sting’s career was legendary, but it’s hard to argue that his run with WWE was cut drastically short due to injuries. Still, fans would love to see him have another match in the ring.

During Starrcast, Sting was asked if he would come back for one more match. He might have announced his retirement from pro wrestling at the WWE Hall Of Fame, but his answer didn’t seem to 100% reflect that.

The Stinger said he would come back for one more match, but it would have to be for “the right price.”

If AEW is willing to offer that kind kind of money for Sting’s return it might be interesting, but although he didn’t say it, the better bet could be a trip to Saudi Arabia with WWE.

Since fans got Goldberg vs The Undertaker out of nowhere for Saudi Arabia’s Super ShowDown event that means a fabled Sting vs Taker match might actually be possible now. However, a lot would need to be worked out before that could go down.

We will have to wait and see how the pro wrestling landscape unfolds in the next few years, but you can apparently never say never to seeing Sting lace up his boots one more time.