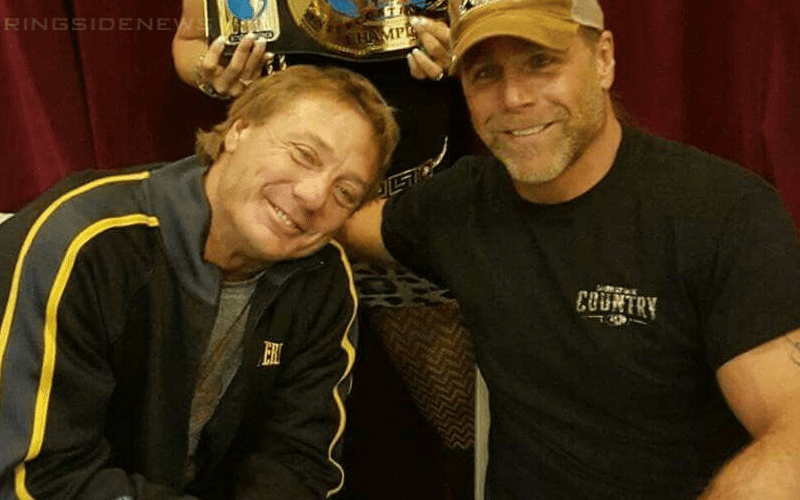 Marty Jannetty makes headlines from time to time and while he can be rather funny, it is also extremely tragic as well. Jannetty needs ankle surgery from an injury that is really bothering him. He can’t afford the surgery, so he recently explained that he will keep medicating himself with alcohol in the meantime.

Jannetty and Shawn Michaels emerged in WWE together as The Rockers and they were a very popular tag team. They didn’t officially win any tag team gold in WWE before the Barber Shop Window Incident, but that doesn’t mean HBK has lost all concern for his former partner.

The Heartbreak Kid recently spoke to Challenge Mania where he admitted that he doesn’t even have Marty Jannetty’s contact number anymore. He said that it’s great to see him when he can, but it is heartbreaking for him considering how Jannetty has decided to live his life.

“I no longer have a contact number for him. There are times I see him, he is great, he seems great. Other times it’s less so. It heartbreaking to me, just as it is to everyone else. I don’t know what any of us can do in that aspect. He has made a decision on how he wants to live his life. Truth be told, it’s not my place or anyone else’s to tell him how. All we can do is care about him when it’s not going well, care for him.”

We are wishing nothing but the best for Marty Jannetty. He might be in a world of pain, but as a former pro wrestler he has a lot of people he can rely on. However, people like DDP gave him an answer that he didn’t want because Jannetty might need to work on himself a little bit first.

Hopefully, everything will work out for Marty Jannetty and we will be able to have much happier things to report on very soon.