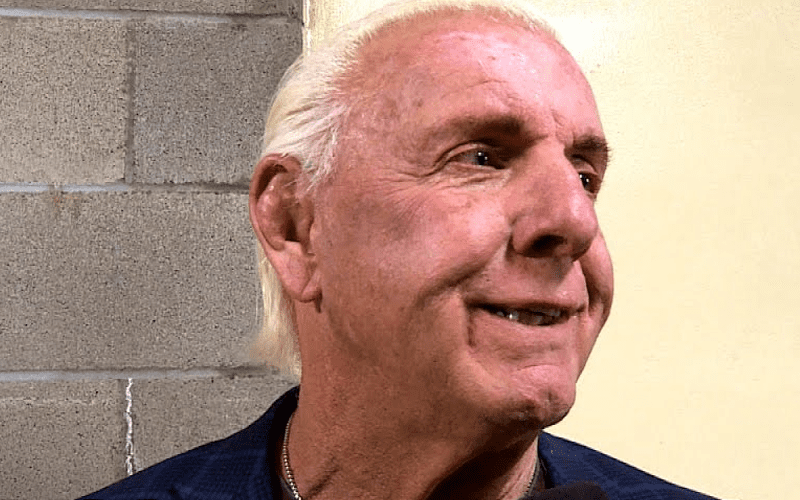 Ric Flair is beloved by millions of fans all over the world and that’s not even including the 10,000 women he’s slept with either. He was recently hospitalized and everyone was concerned, but The Nature Boy got fixed up and now he’s Stylin’ and Profilin’ once again.

While speaking to Wrestling Inc, Flair revealed that his most recent hospital stay was because a blood clot that he’s had in his leg for years somehow got to his lung. They needed to get that taken care of before his scheduled heart procedure could take place.

“They found a blood clot in my leg, which I’ve had for years. But a little piece had gone into my lung and they got rid of that. So I spent three days there cleaning it and I had fluid on my heart from all of the anesthesia from the three other surgeries.”

“Then they fixed me and it was like night and day. The next day I knew I was as good as I had ever been. Prior to February, I was running at Level 7 on a Treadmill – that’s how good I felt.”

Now Ric Flair says he’s feeling better than ever. He can run on the treadmill once again and he seems to be in a great mood. Hopefully, it will be a long time before he has to go under the knife for any reason again, but at 70-years-old, he seems like the same old Naitch we’ve always known.