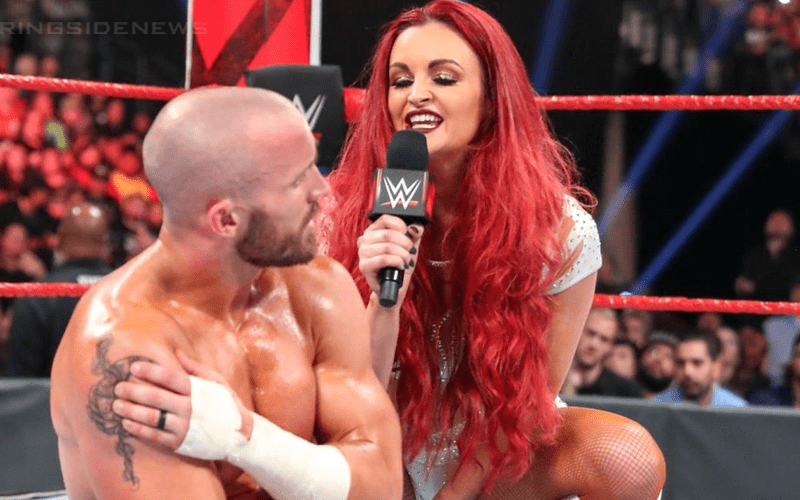 Maria Kanellis shocked everyone on WWE Raw this week when she announced that she’s pregnant. However, fans were left wondering what was really going on as she continue to absolutely kill Mike Kanellis’ character by saying that he’s not a man at all.

Dave Meltzer noted on Wrestling Observer Radio that Maria Kanellis is, in fact, pregnant. It is unknown at this time what the pay-off will be for her burying her husband, but this was also noted to be a Paul Heyman angle.

It was such a big surprise that she’s actually pregnant because WWE typically doesn’t let pregnant people anywhere around the ring because you never know what can happen. After all, even camera men aren’t safe from unintended bumps.

Therefore, since Maria is apparently pregnant it’s questionable that she will be around for the next nine months or so as she has the couples’ second child. We will have to see how things play out, but Paul Heyman apparently has a plan for this one.