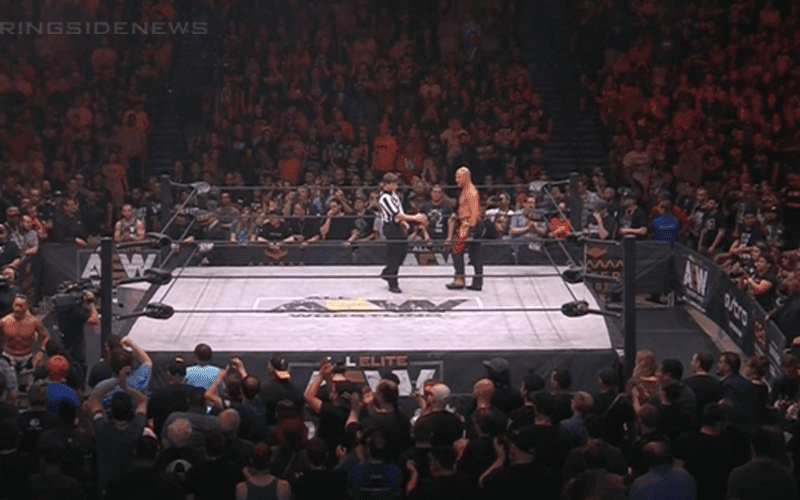 AEW Fyter Fest was a very fun night and we thank anyone who watched the event along with us as we kept you up to date right here at Ringside News. The event was meant to be a parody of Fyre Fest, but a couple of jokes weren’t received too well.

Kenny Omega was trying to do a sketch where he ran out of money, just like what happened with Fyre Fest. He claimed to have blown half of his budget so some of the models he had on the stage needed to be replaced with mannequins.

Dave Meltzer noted on Wrestling Observer Radio that although it was a clever parody, AEW didn’t need to be presenting themselves as a company that is having money issues this early in the game. It put off a bad look for the company in general, especially if fans didn’t get the jokes about Blink 182 pulling out or getting cheese sandwiches after being promised gourmet food like what happened with Fyre Fest.

In another segment, after The Best Friends won the triple threat match and secured a contest at All Out, the lights went out. When they came back on, the ring was surrounded by The Dark Order’s creepers. However, during the time when the lights went off, someone said on commentary that “maybe Jebaily didn’t pay the light bill.” This joke was not needed as Dave Meltzer noted.

AEW needs to present themselves as legitimate and making this kind of joke about production isn’t necessary. Bryan Alvarez noted how nobody in WWE makes the same joke when the lights go out before The Undertaker makes an appearance. Therefore, AEW commentators probably shouldn’t do it either.

Either way, AEW’s production quality was still great and on part with Double Or Nothing as far as the cameras they used. Hopefully, they will be able to find a happy medium from now on where tehy can have some fun, but not make fans think twice about what is really going on behind the scenes.