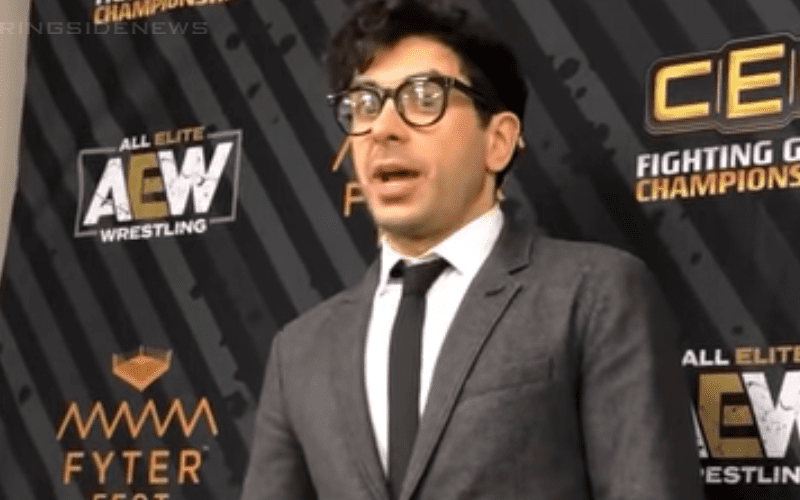 AEW Fyter Fest is over and the one spot that people can’t stop talking about was the unprotected chair shot that Cody Rhodes took to the head which left him a bloody mess on the canvas.

Tony Khan spoke to the media following Fyter Fest and he addressed Cody Rhodes’ injury right off the bat. As we previously reported, the chair that Shawn Spears used was supposed to be gimmicked, but something obviously went wrong.

“Obviously, it was really regrettable what happened. I don’t know if this is the time to go into what happened. We had taken precautions in that specific situation and a doctor was available and Cody does not have a concussion, and he has staples and we’re all very grateful for that.”

He later said that you can build the safest airplane in the world, but if there is “pilot error” then there’s nothing you can do about that. Shawn Spears apparently didn’t swing the chair correctly and Cody suffered the consequences.

If anything, Shawn Spears’ heel turn was given a lot more heat with this bloody segment. There is also a big grudge match slated for All Out now. So we will have to see how AEW takes this bad situation and runs with it.