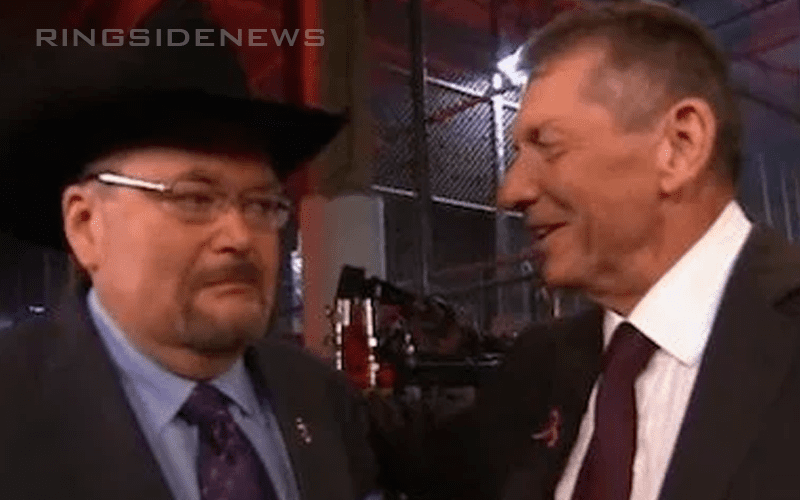 Jim Ross is the voice of AEW on commentary, but he was under WWE contract before arriving in All Elite Wrestling. He let his WWE deal run out, but the Hall Of Famer didn’t stay unemployed for long at all. Vince McMahon had a chance to keep him though.

While discussing his jump to AEW on Grillin JR, the WWE Hall Of Fame announcer explained a conversation he had with Vince McMahon where he said WWE couldn’t match the offer AEW was giving him.

It’s not like WWE couldn’t match Ross’ money, it’s that they wouldn’t. Therefore, Ross is now happily working for AEW where he’s used more than twice a year which is the number of times JR worked for WWE in 2018.

Jim Ross is very likely to be on commentary for Fyter Fest, Fight For The Fallen, All Out, and AEW’s television show as well as the rest of AEW’s special events. Hopefully, his voice will provide the soundtrack for many matches for years to come as well.

WWE put Jim Ross in a strange situation as they prevented him from working out a new deal with NJPW while he was employed by Vince McMahon. It might have worked out for the best as the timing of this situation couldn’t have been more perfect than to see Good ‘ole JR arrive in AEW.