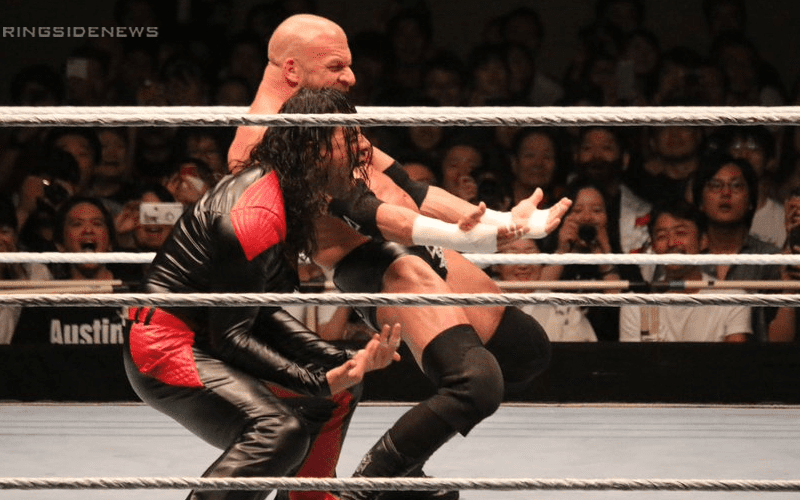 Triple H was booked for a match tagging with AJ Styles and The Good Brothers during WWE’s Japanese mini-tour. Some fans were kind of irritated that Finn Balor wasn’t included in this foursome, but Triple H just had to get in on The Club action in Japan.

Then Triple H made things a little bit better as he teamed with Shinsuke Nakamura against Robert Roode and Samoa Joe. This resulted in the babyfaces winning, but that shouldn’t come as a huge surprise. The Good Brothers got to wrestle The Revival that night on their own without The Game.

What was a bit surprising was Triple H doing the “come on” gesture right alongside Shinsuke Nakamura. This signature taunt of Nakamura’s has been one that he’s used for quite a while, but Triple H couldn’t resist putting this spot in the match as well.

It wasn’t necessarily stealing heat, but Triple H definitely found himself borrowing the pop in Japan.

This fits in line with Triple H making himself a part of money matches because he just can’t help himself. It popped the crowd big time to see this spot go down, but you have to wonder what the actual intentions were.