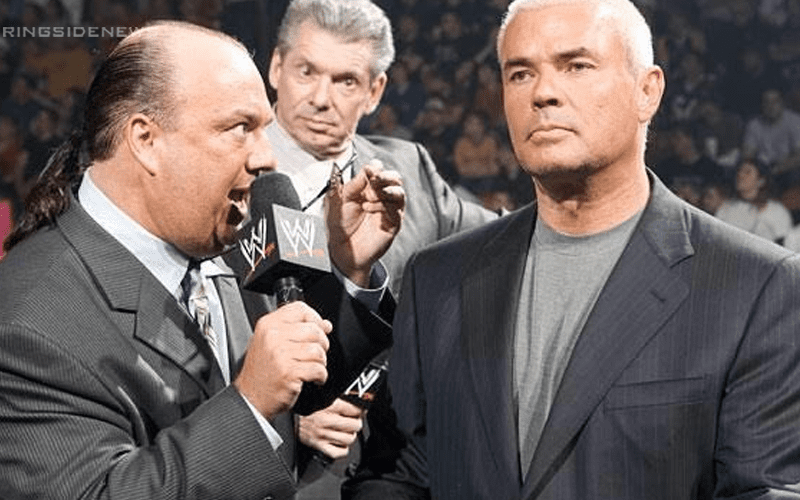 WWE brought on Paul Heyman and Eric Bischoff for new Executive Director roles in the company. That might seem exciting for some fans, but those in WWE seem to have a different opinion of the matter.

We previously reported that there is some pessimism backstage in WWE regarding these changes. Some commented that Triple H should have been given the role while others just see it as a band-aid because Vince McMahon will still be in total control of everything.

Fightful Select reports that one current WWE Superstar even went as far to call the entire hype “wasted energy.” So don’t get all worked up just yet that things are going to dramatically change.

One wrestler told us they thought it was wasted energy to even think about the possibility of anything really changing at this point until it’s proven.

Only time will tell if Vince McMahon’s preoccupation with the XFL will eventually mean that Paul Heyman and Eric Bischoff will get to run the show 100% as they see fit. However, it’s not likely because Vince McMahon has tried this in the past with Bill Watts and it lasted about a week and a half before imploding.