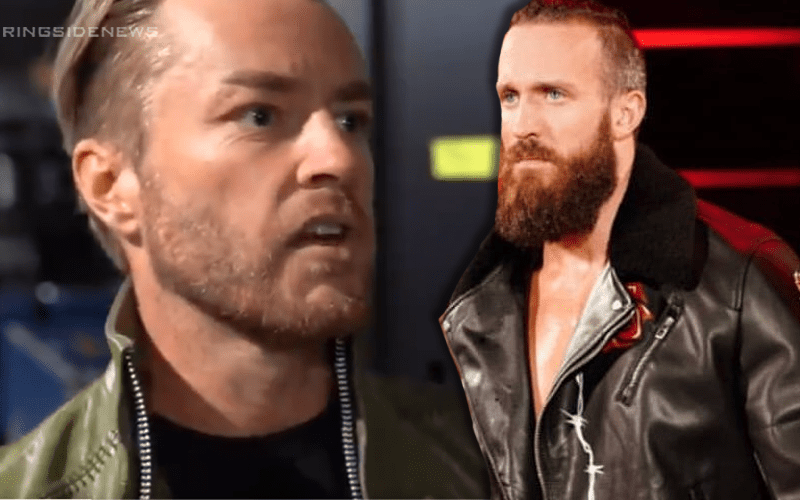 Mike Kanellis and Maria Kanellis re-signed with WWE. They will be around the company for five more year, but that doesn’t mean they have to be happy about everything that’s going on.

Kanellis took a shot at Drake Maverick and the spotlight that he has recently received. After all, the 205 General Manager has been getting quite a bit of buzz because of his involvement in the WWE 24/7 Title picture.

So @WWE has time to put the General Manager of @WWE205Live on #RAW but doesn’t have the time for the guys who kill themselves in the ring every week.

One fan replied to Mike Bennett saying, “you can’t bitch, you re-signed.” Then Mike Kanellis explained that he re-signed with WWE so he could continue to fight for change.

Sounds about right. People demand change. I re-sign and fight for change on @WWE205Live. The actual wrestling show at @WWE Then it’s called bitching. You people crack me up.

Drake Maverick was obviously paying attention to this Twitter thread because he replied as well. He called Mike “the biggest bitch on here out of everyone” and said he’ll see him tonight on 205 Live where Maverick is still the General Manager of the show.

You crack me up as you’re the biggest bitch on here out of everyone. See you at your unhappy work environment tonight.

Drake Maverick might not be in a very good mood after last night on RAW either. He was left pretty heartbroken and without the WWE 24/7 Title. Therefore, Maverick might be an especially upset authority figure so we’ll just have to wait and see if Mike Kanellis will bring Drake’s wrath on tonight’s show.