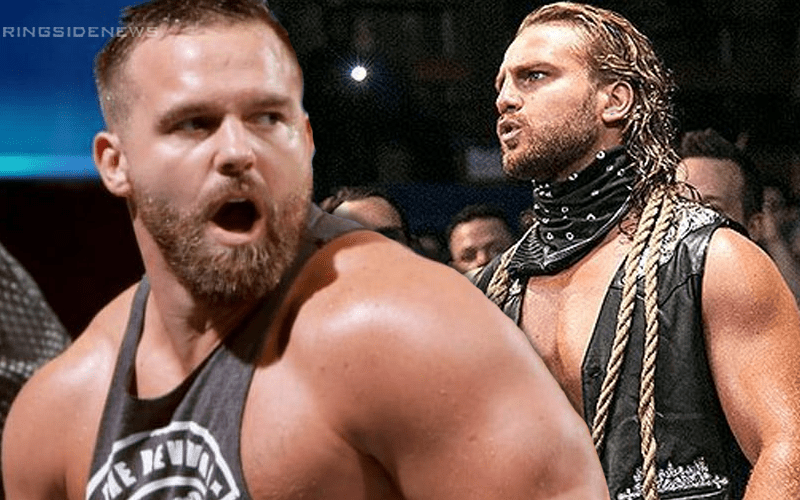 The Revival might be leading the betting odds of who will leave WWE for AEW first and there might be a very good reason for that.

One fan tweeted out a gif showing the time when Adam Page and Dash Wilder played EMTs during an episode of SmackDown in 2013. This was during a World’s Record Double Tractor Pull segment that they were doing with Mark Henry.

Dash Wilder obviously saw this because he tweeted out to Page asking, “you still certified in CPR?”

Hangman didn’t reply back using any words. However, the animated gif that he used of Dwight from The Office murdering a CPR dummy spoke volumes.

It’s good to see that The Revival have some friends in AEW, then again, we already knew this.