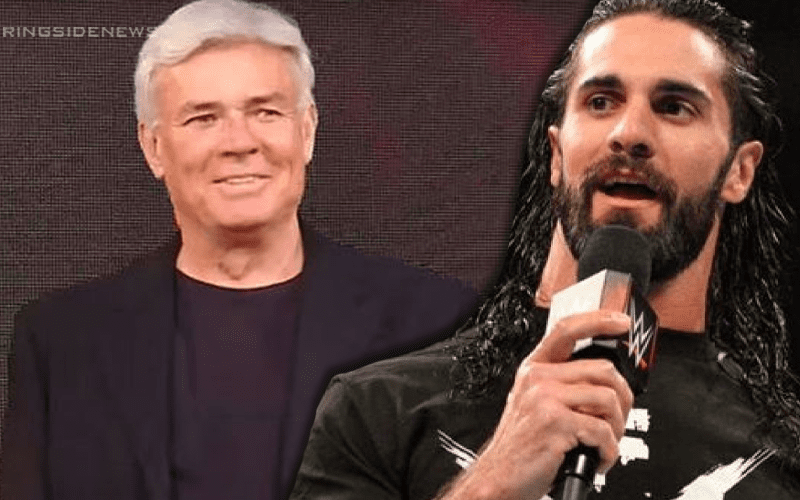 Seth Rollins obviously read the news that Eric Bischoff is returning to WWE with a really big new title. He will be Executive Director of SmackDown Live. Paul Heyman will also be getting a promotion with the same title over on RAW.

Rollins has been keeping up with WWE and what’s going on in a big way recently. He set out to make a big impression the other day and he certainly achieved that.

Now with Eric Bischoff’s return to WWE, he only has one thing to say:

The Bisch is back!!

This could make a big impression right away. Things might be changing, but if anything, it should certainly bring a few more eyes on the television shows just to see what is going to happen.